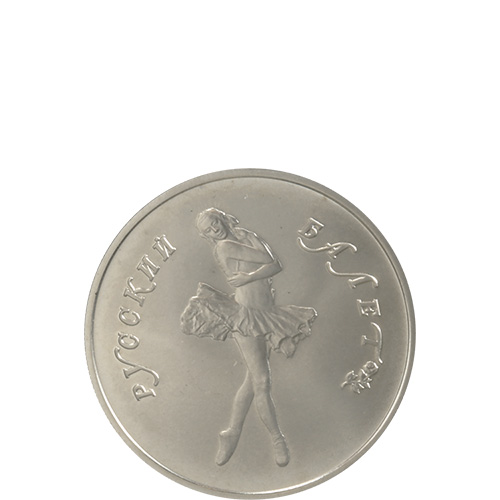 From 1989 to 1995, the Moscow Mint struck the coins of the Russian Ballerina series using .999 fine palladium content. The coins were available in three weights throughout the series, but the 1/4 oz weight was by far the lowest minted among those options. The 1/4 oz Palladium Russian Ballerina Coins are now available to you for purchase online at Silver.com.

The Moscow Mint, in its current form, has been producing coins for the Soviet Union and Russian Federation since 1942. The palladium coins in the Russian Ballerina Series were introduced late in the reign of the Soviets and designed to promote both the nation’s vast palladium reserves and the Russian Ballet.

A new ballerina design is found on the obverse side of the coins with each release. Ballet was long-viewed as a staple of Western society and something the Tsarist Russians sought to keep out of Russian society. The reign of Peter the Great saw Russia open up to Western culture and civilization, with Russian society viewing ballet not as a form of entertainment, but rather as an expectation on how to comport oneself in public.

These 1/4 oz Palladium Russian Ballerina Coins are available to you in Brilliant Uncirculated condition with a protective plastic flip. These coins are offered from random years. We cannot guarantee the date mark or design you’ll receive, and if you purchase more than one we are unable to select varying date marks or designs.

We encourage you to contact Silver.com if you have questions about these coins. You can call us at 888-989-7223, chat with us live online, or email us directly.