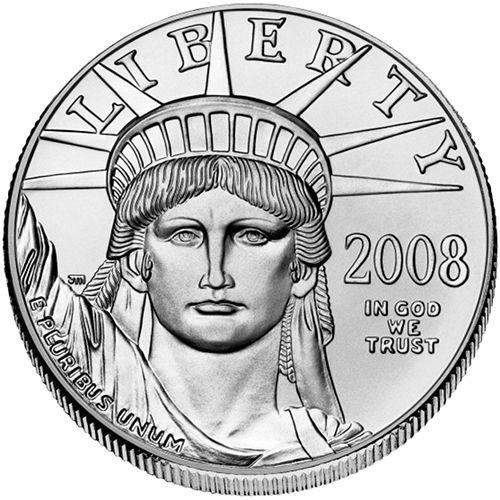 As the official platinum bullion coin of the United States, the Platinum American Eagle coin series takes its place alongside its gold and silver counterparts as a staple of production from the United States Mint. These coins have much lower mintage figures and similar beauty in their design. Despite the similarities though, there is one thing that makes the Platinum Eagle special. The 1 oz Proof Platinum American Eagle Coin is available to you currently for online purchase at Silver.com.

Proof Platinum American Eagle coins debuted in 1997 along with a bullion counterpart. While the bullion Platinum Eagle was canceled from 2009 to 2013 during the Great Recession, renewed interest in the metal resulting from strong platinum prices resulted in the reintroduction of the bullion coin in 2014, and consistently since 2016.

In fact, only once has the United States Mint reused a design on the Proof Platinum American Eagle collection. The 1997 coin featured the Thomas D. Rogers design of the Eagle soaring above America, which continues to feature on the bullion coins. In 2017, the US Mint used the design again on the proof coins in a 20th-anniversary commemorative issue.

The obverse of all 1 oz Proof Platinum Eagles includes the face of the Statue of Liberty. This design was created by US Mint Engraver John Mercanti, who would later go on to serve as the Chief Engraver of the United States Mint from 2006 to 2010.

All 1 oz Proof Platinum American Eagle Coins in this listing are available from random, varied years. The coin, and hence reverse design, you receive is dependent upon availability in our warehouse when your order is picked and processed for shipping. We cannot guarantee a specific year of issue or design.