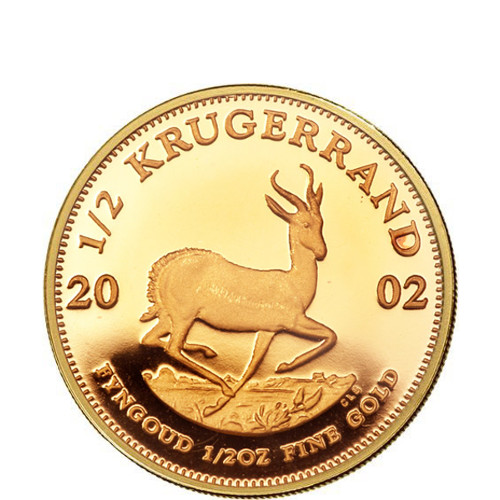 The Gold South African Krugerrand was unique when it was released for a number of reasons. Despite the massive variety of gold bullion coins available today, in 1967 there were none available to global investors. Even more unique was the issuance of Krugerrands, originally, as legal tender coins.

For more than a decade, the Gold South African Krugerrand was the only gold bullion coin available to global investors. Although the Krugerrand became a target of Western economic boycotts on South Africa, its massive success was also the inspiration behind the latter creation of the Gold Canadian Maple Leaf (1979), Gold Chinese Panda (1982), Gold American Eagle (1986), and the Gold British Britannia (1987).

The obverse face of each coin features the image of Paul Kruger, a popular four-term president (and last) of the old South African Republic under Boer rule. His image was designed by Otto Schultz, and includes the engravings of “South Africa” and “Suid Afrika,” the Afrikaans spelling of the nation’s name.

On the reverse is the image of a Springbok Antelope. Kruger’s name, plus the official denomination of South African coins, Rand, were combined to form the name Krugerrand. This is engraved above the antelope on this side, while the year of issue is on either side of the antelope and the coin’s metal content and weight are featured below.

Please feel free to reach out to Silver.com with any questions you might have about these coins. You’ll receive a ½ oz Gold South African Krugerrand with a year of issue dependent upon availability at the time your order is processed. You can contact us directly at 888-989-7223, connect with us online via our live chat, or email us.