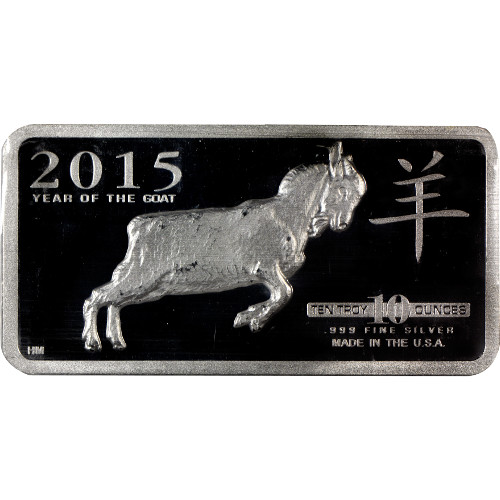 In a nod to China’s rising prominence on the global stage, government-owned and private mints around the globe have paid homage to the characters of the Chinese Zodiac on commemorative coins and silver bars throughout the 2000s. The year 2015 is the Year of the Goat in the Chinese Zodiac, and the Highland Mint has introduced a brand new 10 oz Highland Mint Goat Silver Bar to commemorate the eighth animal in the calendar.

Chinese legend states that during ancient times, Buddha invited all animals to meet with him on the Chinese New Year. Twelve of those animals, which are represented in the modern zodiac, accepted his invitation to meet. Buddha paid his respects to those animals by naming a year after each of them in the Chinese calendar.

The goat, also referred to as the sheep, occupies the eighth year in the calendar’s order and represents those born in 1955, 1967, 1979, 1991, 2003, 2015, and 2027. Those born under the year of the goat are believed to be mild mannered, pessimistic, shy, and sympathetic, yet possess personality traits such as creativity, dependability, intelligence, and calmness.

The 10 oz Highland Mint Goat Silver bar features the same simplistic design that has featured on previous Chinese Zodiac silver bars from the mint. On the primary face of the bar is the image of a goat. Engravings on this side of the bar include the Chinese symbol for goat, the weight, purity, and metal content of the bar, as well as a stamp stating “2015, Year of the Goat.”

The Highland Mint is a privately-owned mint operating from a modest facility in Melbourne, Florida. Though its operation is smaller compared to other dealers, the mint is renowned for its quality. Bars such as the 10 oz Highland Mint Goat Silver bar can be difficult to find, primarily because the mint focuses much of its activity on the production of bronze, silver, and gold cards and coins for athletes and pro sports teams.

Silver.com is dedicated to providing you with the utmost in customer satisfaction. If you have any questions about the 10 oz Highland Mint Goat Silver bar, or any of our other products, please call our associates at 888-989-7223. You can also use our live chat feature to get in touch with a representative during business hours. 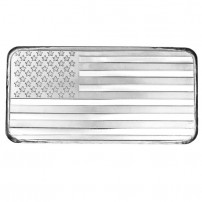