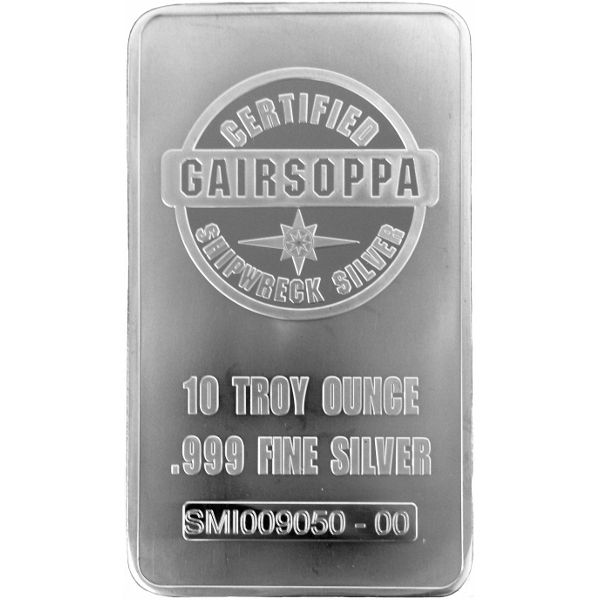 This exquisite 10 oz S.S. Gairsoppa Shipwreck Silver Bar was made from actual sunken treasure that was retrieved from the wreckage of this eponymous vessel. Originally a British merchant steamship, the S.S. Gairsoppa would serve in World War II as a member of Convoy SL 64. Despite its valiance in duty, the proud vessel would meet its end on February 17, 1941 when it was sunk by a a German U-boat’s torpedo. Its wreckage was ultimately discovered in 2011 along with over 48 tons of silver cargo, worth approximately 150 million pounds. Since the recovery of its precious cargo, much of the silver from the SS Gairsoppa has been melted and re-purposed into fine bullion collectibles such as this stunning bar.

Each bar weighs 10 troy oz, features 99.9% pure silver and is guaranteed to arrive in new condition. Displayed across the front of every bar is the logo of certification, confirming that the piece is indeed composed from genuine SS Gairsoppa sunken silver treasure. Printed beneath the logo are the bar’s weight and purity. Its serial number has also been inscribed at the bottom of the bar for verification purposes.

On the reverse side of the bar is an illustration of the SS Gairsoppa as she sails across the Atlantic Ocean. From its network of rigging lines to its streamlined silhouette, nautical enthusiasts are certain to appreciate the level of accuracy and historical detail that have been used to provide an accurate portrayal of this British ship. Equally impressive is the sense of movement created by the detailed rendering of the ocean’s rolling waves and the drifting steam escaping from the ship’s funnels. Inscribed beneath this picturesque seascape are the ship’s name along with the date of its final voyage.

If you would like to purchase these bars or have any questions at all, you can call Silver.com at 1-888-989-7223. Alternatively, you can always place orders online through our secure and encrypted checkout process. Our customer service staff can be reached through live chat and email as well. 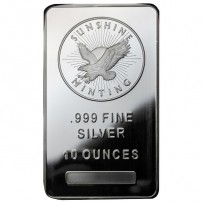 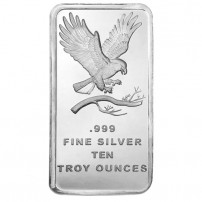