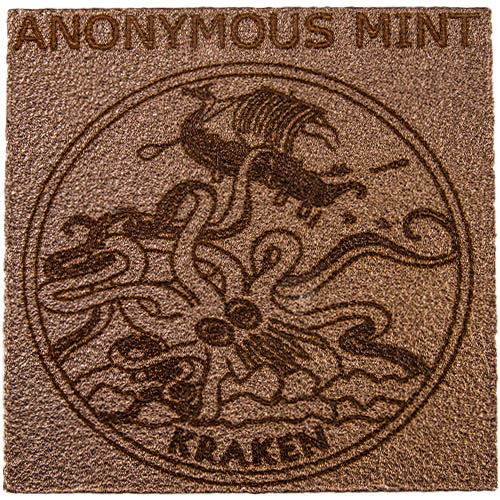 Rooted in the mythology and superstitions of the Vikings, the Kraken is a cephalopod of enormous size that was originally rumored to live off the coast of Norway. While the myth of the Kraken has become pervasive across popular culture in other backgrounds, its origin seems to come as a result of the tales of Viking sailors. Today, 140 oz Copper Kraken Cubes are available to you online at Silver.com.

The first modern, written depictions of the Kraken come from an 18th-century writing by Francesco Negri. The beast he speaks of in his writings is described in great detail and is said to be related to a medieval story of another beast known as the hafgufa. By whatever name you call the beast, it is said to attack ships at random, presumably for simply entering its waters.

All of the 140 oz Copper Kraken Cubes available to you for purchase in this Silver.com listing come with individual plastic bags and/or protective bubble wrap. The copper bars offered here are in cube form and come with flat surfaces, defined edges, and six surfaces.

The obverse of these Copper Kraken Cubes comes with an image of the Anonymous Mint’s round design featuring the Kraken. This design shows a massive Kraken attacking a ship. As it raises the entire ship out of the water using a single tentacle, sailors are visible jumping from the vessel in hopes of somehow surviving in the water without a ship.

On the reverse of 140 oz Copper Kraken Cubes are the identifying hallmarks of copper. Many of these markings come from the periodic table of elements and include the initials of copper, its Atomic Number, and mass. This side also includes the AVDP ounce weight of the bar.

Please contact Silver.com if you have questions about these copper cubes. You can call us at 888-989-7223, chat with us live online, or send us an email with your inquiries.