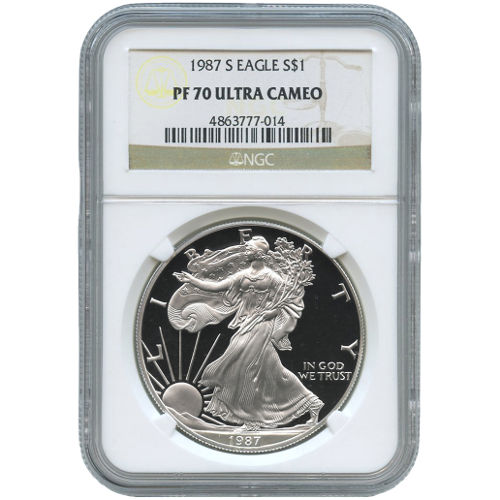 One year into production of the Silver American Eagle, and the United States Mint had a clear winner on its hands with the new official silver bullion coin of the nation. Silver American Eagle mintage in 1986 totaled 6.8 million coins, with 5.3 million bullion and 1.4 million proof coins struck.

Each 1987 Silver American Eagle in this Silver.com listing earned a perfect proof certification of PF70 from the NGC. Coins in this condition exhibit full, original mint luster and bear no detracting flaws of any kind.

On the obverse of all Silver American Eagle coins is the image of Walking Liberty, originally created by Adolph A. Weinman in 1916. The reverse features the heraldic eagle of the United States, modernized and refined specifically for this coin in 1986 by then-US Mint Chief Engraver John Mercanti.

If you have any questions, don’t hesitate to reach out to us at Silver.com. You can contact us at 888-989-7223, connect with us online using our live chat, or send us an email. 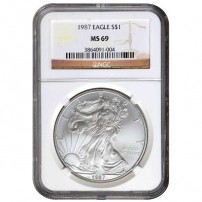 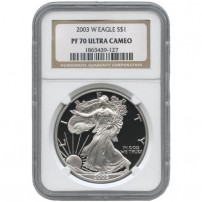