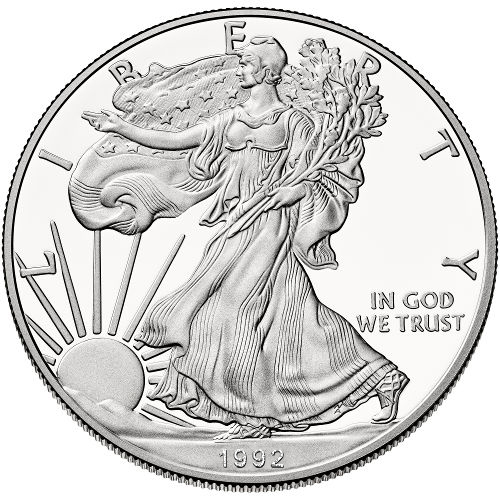 From introduction in 1986, the Silver American Eagle coins had all been struck at the San Francisco Mint facility within the United States Mint system. Operating a total of four official mints, with additional locations in Denver, Philadelphia, and West Point, the US Mint would start to spread out its Silver Eagle production in the 1990s.

On the obverse of the Silver American Eagle you’ll find the image of Walking Liberty as created in 1916 by Adolph A. Weinman. The reverse features the heraldic eagle of the United States, and was created in 1986 by then-US Mint Chief Engraver John Mercanti.

As mentioned, this was the final year of Proof Silver American Eagle production in San Francisco. There wasn’t another proof striking here until 2011 when the US Mint celebrated the 25th Anniversary of the American Eagle.

If you have questions, please don’t hesitate to ask. A Silver.com associate is available on the phone at 888-989-7223, online using our live web chat feature, and via email. 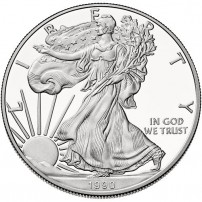