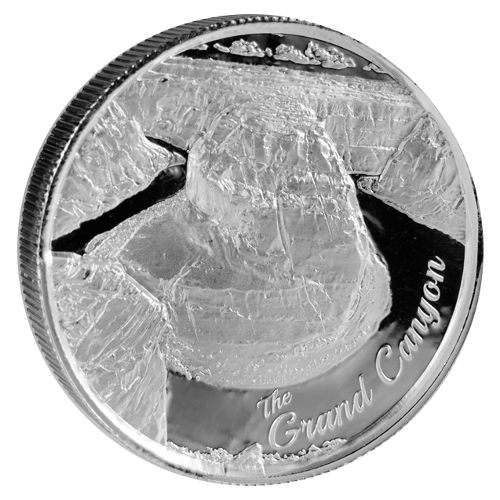 Elemetal Mint is attracting attention with a lineup of new ultra-high relief proof-like rounds. It started with the Private Round released in early 2015, and continues with the new American Landmarks Series. The first round in that series is the stunning 2 oz Elemetal Grand Canyon Round, available right now on Silver.com.

The Grand Canyon in Arizona is a stunning example of the power of water and time. The Colorado River spent 17 million years carving out the massive canyon as it snaked through the Colorado Plateau, leaving behind a gouge in the Earth that is, at its widest and deepest, 18 miles across and more than a mile in depth.

On the obverse side of the 2 oz Elemetal Silver Grand Canyon Round is the image of Horseshoe Bend in the Grand Canyon. A unique spot where the Colorado River makes an S-turn through the canyon, Horseshoe Bend is visible in 3D on the coin’s surface when viewed horizontally.

The reverse side of each coin bears a geographical map of North America. The rivers, lakes, and rocky outcrops of North America are easily visible, while the engravings “American Landmarks” (above) and “2 oz. .999 Fine Silver” (below) are featured on this side of the round.

American Landmarks is a brand-new series from Elemetal Mint. The first 2 oz Ultra-High Relief Round from the mint was released earlier in 2015, and earned wide praise. The Grand Canyon Silver Round is the second overall, and first in the American Landmarks Series, which highlights natural wonders and landmarks from across the country.

Elemetal Mint started as a collaborative effort between three different precious metal firms; Provident Metals, NTR Metals, and Ohio Precious Metals. It was the latter company, OPM, that took on a new brand name in 2015 to operate as the refining facility of Elemetal Mint.

If you have any questions about these amazing 2 oz Silver Rounds, don’t hesitate to reach out to a Silver.com associate. We’re available at 888-989-7223, online through our live web chat, and via email. If you are interested in similar products, be to sure check out our full collection of Silver Rounds.

Design: The Grand Canyon, part of the American Landmark Series 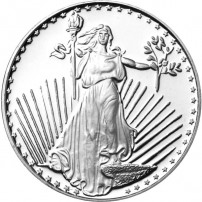