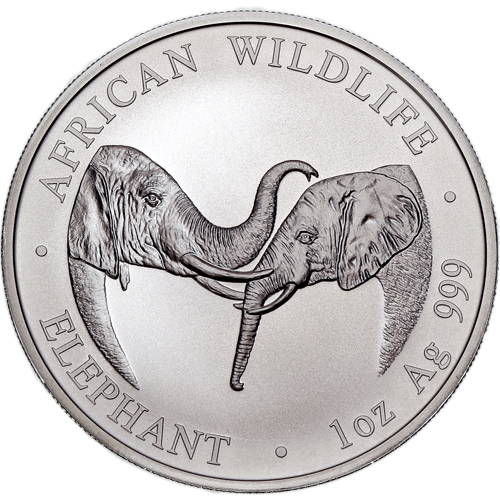 On the obverse of the Silver Zambian Elephant is the image of an adult elephant placing its trunk on the head of a smaller, young calf. The coin also has the engravings of “African Wildlife,” “Elephant,” and the coin’s purity, weight, and metal content.

The reverse of the 2002 1 oz Silver Zambian Elephant coin features Ian Rank-Broadley’s right-profile portrait of Queen Elizabeth, the first time it was ever used on the coins in this series. The image was created in 1998 as the fourth-generation image of Her Majesty and was intended primarily for use on commonwealth coins.

If you have any questions, please feel free to reach out to Silver.com. You can contact us on the phone at 888-989-7223, or connect with us online using our live web chat or email address.