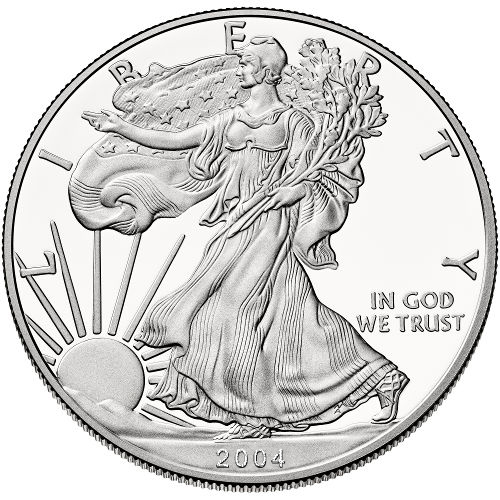 During the first half of the first decade of the 21st century, Silver American Eagle demand was flat but higher than at any point in program history. The average mintage each year, save 2002, was 9.5 million coins. There was a modest increase in production in 2004 compared to 2003.

In 2003, the US Mint produced 8.4 million bullion coins, while 2004 saw that figure bump up slightly to 8.88 million. Proof Silver American Eagle coins also experienced an increase in 2004 to 801,000 coins from 747,000 the previous year. This continued a three-year trend of upward growth in demand for the proof version of the coin.

On the obverse is Walking Liberty from Adolph A. Weinman. Created in 1916 during America’s Golden Age of coin design, Weinman’s Walking Liberty was symbolic of the nation’s drive toward a brighter tomorrow. It was used on the Walking Liberty Half Dollar from 1916 to 1947 before being discontinued.

Then-Chief Engraver of the United States Mint, John Mercanti, created the refined and modern image of the heraldic eagle used on the reverse. It features the American bald eagle in profile view, with its wings spread wide and its talons holding arrows and an olive branch. Above its head, an arrangement of 13 stars in a triangle to represent the original colonies.

From 2001 onward, all Silver American Eagle coins, bullion and proof (and later burnished coins), were struck at the West Point Mint in New York.

Please direct any questions you might have about these coins to a Silver.com associate. Our team members are available on the phone at 888-989-7223, online using our live web chat service, and via our email address. 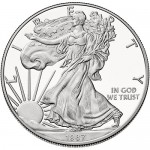 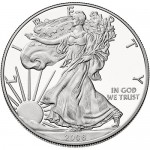 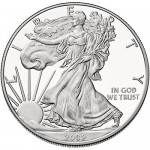