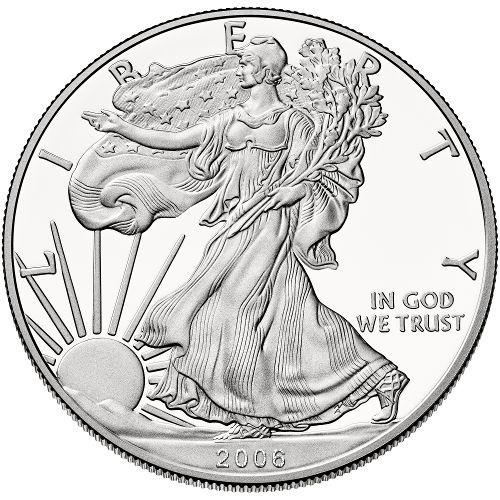 In 2006, the United States Mint took two major steps to celebrate the 20th anniversary of its beloved American Eagle program, which included both these Silver American Eagles and the Gold Eagle coin.

The first major move was to introduce a brand-new version of the coin. The burnished American Eagle is a high-end proof product with special coining processes that result in a visually stunning product.

Additionally, the US Mint struck a special 2006-P Reverse Proof coin at the Philadelphia Mint. These unique reverse proof specimens were available only in a 3-coin set celebrating the 20th anniversary, which also included a regular proof coin and one of the new uncirculated products.

The obverse side continues to feature Walking Liberty from Adolph A. Weinman, which was created in 1916 for use on the nation’s half-dollar coin. Meanwhile, the reverse bears John Mercanti’s heraldic eagle design created exclusively for the Silver American Eagle. Mercanti was Chief Engraver of the United States Mint in 1986 when he designed this modern heraldic eagle. 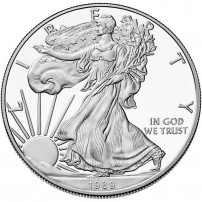