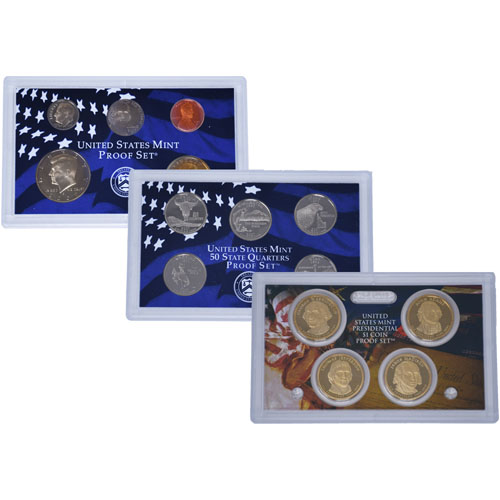 The US Mint is known for some spectacular circulation coins. For this reason, it is no surprise that collectors flock to sets that the mint releases annually. Today, you can purchase the 2007 Proof US Mint Sets from Silver.com for your own little piece of history.

The United States Mint releases a new set of circulation coins in proof sets each year that are perfect for collectors. While these coins look much like those you might find in your piggy bank, their special mirror-like proof finish sets them apart.

All of the coins included in this set were minted in 2007. Each one is a sovereign coin with a face value backed by the United States government. The coins you will receive include the Lincoln cent (better known as a penny), Jefferson nickel (more commonly called the nickel), Roosevelt dime (a traditional dime), Kennedy half dollar, and Sacagawea dollar. The Sacagawea half dollar was originally introduced in 2000 but didn’t hit general circulation until 2002.

This set ships with five state quarters: Idaho, Montana, Utah, Washington, and Wyoming. All of these quarters were released into circulation in 2007. The State Quarters program ran from 1999 to 2008. These were the second to last release in the series.

Please let our team know if you need any assistance placing your order at Silver.com. You can reach our team via live chat, email, or phone at 1-888-989-7223 if you have any questions about these coin sets or any other products on our website.