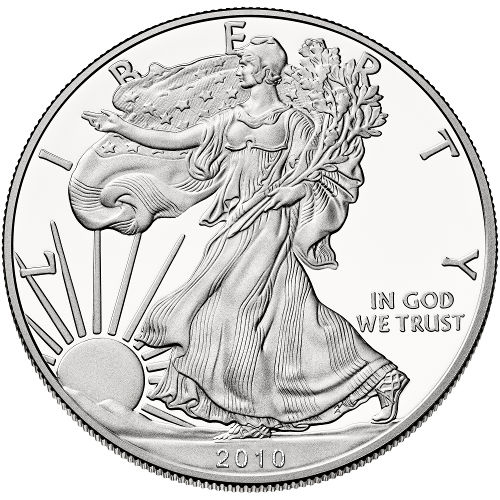 The onset of the Great Recession in 2008 rattled the American economy to its core. As a result, demand for bullion Silver American Eagle coins skyrocketed in 2008 and 2009, and the US Mint was struggling to keep up with this never-before-seen demand for silver.

In 2010, Congress passed the Coin Modernization, Oversight, and Continuity Act. The bill allowed the Secretary of Treasury to authorize the US Mint to produce both gold and Silver American Eagle coins to meet the demand of investors and collectors.

On the obverse face of all Silver American Eagle coins is the image of Walking Liberty. The design came from Adolph A. Weinman in 1916, and was used as the face of the nation’s half-dollar coin from 1916 to 1947.

The reverse face of the Silver American Eagle features the heraldic eagle of the United States. This image was originally used on American currency starting in 1793, and has appeared in varying forms since then. John Mercanti, then-Chief Engraver of the US Mint, modernized the heraldic eagle for this coin series.

If you have any questions, please feel free to reach out to Silver.com. Our associates are available on the phone at 888-989-7223, online using our hosted live web chat, and via our email address. 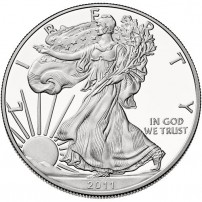