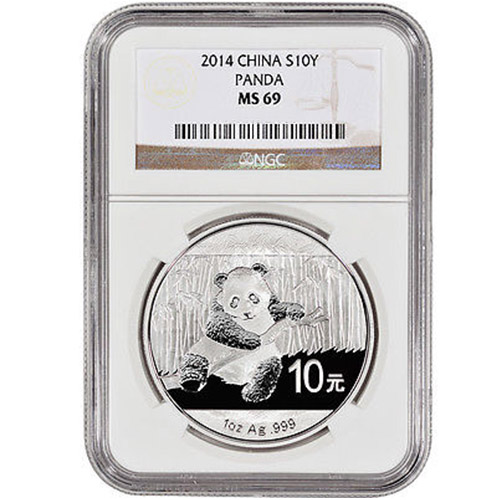 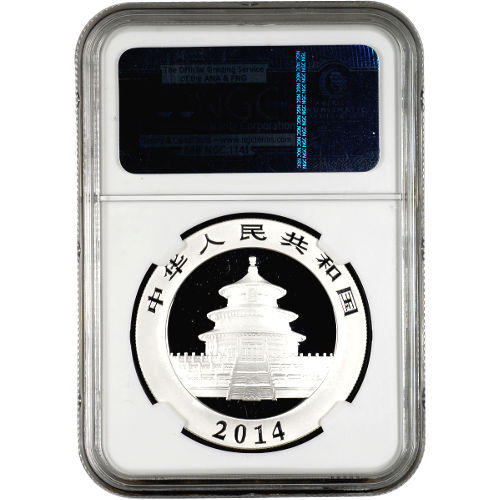 Since 1983, the Chinese government has released exquisite coins as part of their panda bear coin series. The 2014 1 oz. Chinese Silver Panda coin is more detailed and stunning than any of the previously released coins. This coin was minted by the Shenzhen-Guobao Mint company and depicts a detailed image of China’s most beloved animal, the panda bear. Set in silver with black detailing, the image shows an adorable panda bear playing with a bamboo branch amidst a forest of bamboo trees.

The front of the coin also displays the coin’s face value marking of 10 yaun, and the wording of 1 oz. Ag .999. This marking is included to show that the coin is made with one ounce of 99.9 percent fine silver. The reverse side of the coin depicts the famed Temple of Heaven that is another beloved symbol of China and found on many Chinese coins. The Chinese markings for the People’s Republic of China and the mint year of 2014 are also included on this side of the coin.

This coin is measured to be 40 mm in diameter and has a thickness of 2.98 mm. Each coin has been graded to be in Mint State of 69, or MS69, by NGC, which is one of the leading authorities in grading coins. This MS69 grading is only obtained by coins that are in nearly perfect condition. While there may be a few small markings on the coins that are barely noticeable, none of these markings are located at any prime locations on the coin. Each coin is delivered sealed and packaged in the certified NGC slab to guarantee the authenticity of the rating of the coin.

These beautifully stunning silver coins make the perfect addition to any investor’s collection. These coins also make the perfect gift for both investors and wildlife enthusiasts. If you would like to learn more about any of our products or services we can be reached at 888-989-7223. 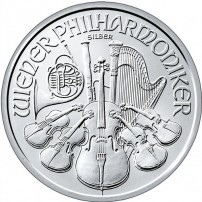