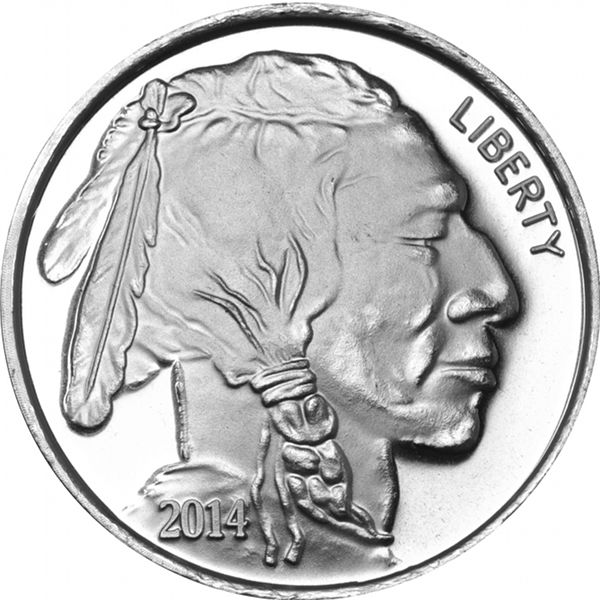 James Earle Fraser’s design for the Indian Head nickel is widely considered one of the most popular in the history of American coins. His creation was part of a period in American coining that is often referred to as the Golden Age, launched by Augustus Saint-Gaudens’ Gold Double Eagle, and including some of the greatest designs to ever grace American currency. Today, Fraser’s design lives on with the 2014 1 oz SilverTowne Buffalo Silver Round, now available in new condition from Silver.com.

Silver rounds differ from silver bullion coins in one key area: face value. In the United States, silver rounds are named as such (rounds) to easily differentiate them from silver coins. A round has no face value and is not considered legal tender. On the other hand, silver bullion coins are considered legal tender and have a face value, even if they are never released into circulation. Additionally, items such as the 2014 1 oz SilverTowne Buffalo Silver round are often (though not always) produced by private mints rather than official state or federal mints around the globe.

The SilverTowne Buffalo Silver Round borrows its obverse and reverse images from James Earl Fraser’s iconic Indian Head nickel. First designed in 1913, and produced until 1938, the Indian Head nickel featured Fraser’s depiction of an American Indian chieftain on the obverse, with an American Bison on the reverse. He created the right-profile portrait of the chieftain by combining the facial features of three real-life American Indian leaders. His bison is representative of Black Diamond, a resident bison at New York City’s Central Park Zoo at the time.

These Buffalo Silver Rounds are struck with different features than a typical silver coin. The obverse side bears Fraser’s chieftain and the term “Liberty.” A unique inclusion on this side is the date of minting, which is not typically included on silver rounds. The reverse side features Black Diamond, with the phrase “United States of America” and “E Pluribus Unum.”

SilverTowne is a private mint located in Winchester, Indiana. One of the foremost producers of silver rounds in the US, the company first started in 1949. Today, it produces a variety of silver rounds with classic images from American coins. The Buffalo Silver Round is struck using .999 fine silver. 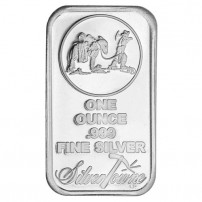