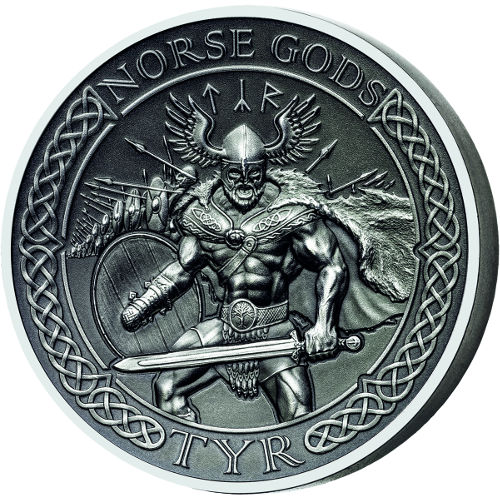 The all-new Norse God Series of proof coins from the BH Mayer Mint of Germany are quickly grabbing the attention of collectors everywhere. With antique finishes and ultra-high-relief proof strikings, these brilliant silver coins are a must-have for serious numismatists. Right now the 2015 2 oz Silver Cook Islands Norse God Tyr Coin is available on Silver.com.

Roman and Greek mythology had many famous gods and goddesses whose names became well known outside of those ancient cultures. In fact, many people in the modern world are familiar with the king of the gods and the god of war from those cultures.

The all-new Norse Gods Series from the BH Mayer Mint shines a similar spotlight on the gods of Norse culture. In Norse mythology, Tyr was the god of war and victory. He was known for his courage and bravery, and is famously depicted in my drawings without a right hand.

Each 2015 2 oz Silver Cook Islands Norse God Tyr coin in this Silver.com listing has an antique finish, adding warm and subtle accents to the coin’s overall design. The ultra-high-relief proof striking of these coins is achieved by striking blanks on the coining press as many as nine times. The result is a 3D look and feel for the images on the reverse and obverse of the coin.

On the reverse of the coin is the image of Tyr who is depicted in his full armor with a sword in one hand, and a shield on the other arm. In a nod to accuracy, Tyr is depicted on the coin without a hand on his right arm. “Norse Gods” is engraved at the top along the outer rim, while “Try” is engraved above and below his image in English and Norse.

The obverse features the right-profile picture of Queen Elizabeth II. Created in 1998 by Ian Rank-Broadley, this is the fourth-generation image of Her Majesty on commonwealth coins.

Germany’s BH Mayer Mint is a fifth-generation privately-owned minting operation. Founded in 1871, it is regarded today as one of the finest private minting facilities in the world, with a tradition of excellence that has been built over more than 140 years. 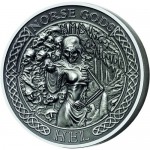 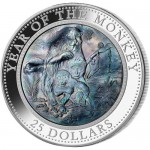