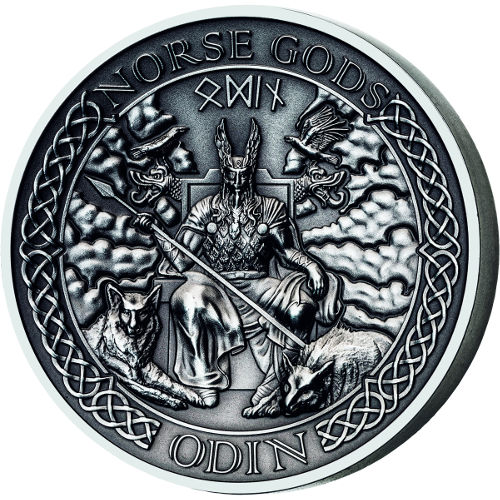 Numismatists always look forward to the release of exciting new silver coins with unique finishes and beautiful designs. One of the latest offerings is the Odin coin from the BH Mayer Mint’s Norse God Series of proof coins. Right now, the 2015 2 oz Silver Cook Islands Norse God Odin Coin is available with an antique finish on Silver.com.

The all-new Norse God Series of proof coins from the BH Mayer Mint of Germany celebrates the prominent gods from Norse mythology. Not nearly as well known as their Greek and Roman counterparts, the gods of Norse mythology were human representations of occurrences in the world that ancient civilizations couldn’t explain.

Odin was considered the father of the gods in Norse mythology, similar to Zeus in Greek mythology. His coin is the first release in a planned nine-coin series from the BH Mayer Mint that will eventually include coins with his famous sons, Thor and Loki.

Each of these 2015 2 oz Silver Cook Islands Norse God Odin coins features an antique finish. The use of an antique finish brings depth and character to the design of the coin. An ultra-high-relief proof, these coins started as blanks that were struck as many as nine times to create high 3D images on the reverse and obverse of the coin.

On the reverse face of the coin is the image of Odin, sitting on his throne with a spear in his hand. His name is engraved above and below him, with the Norse language spelling featured above. Along the top of the coin is the name “Norse God.”

The obverse features the familiar right-profile portrait of Queen Elizabeth II. Her Majesty is the longest reigning monarch in British history, and has had her image on the obverse of commonwealth coinage for decades now.

If you have any questions, please feel free to call Silver.com at 888-989-7223. You can also reach us online using our live chat and email features. 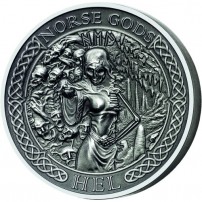 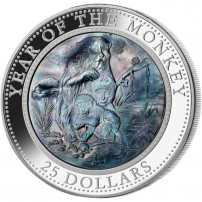