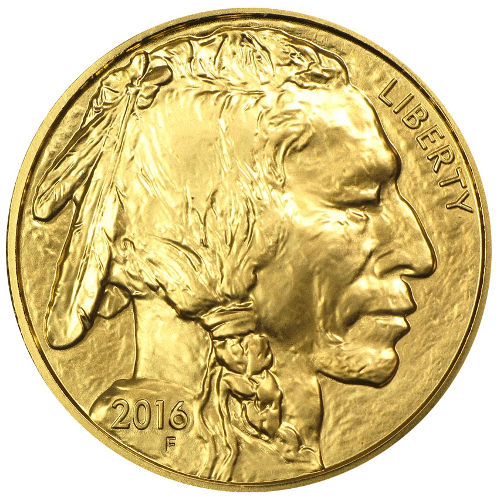 Gold American Buffalo coins were authorized for production under the Presidential $1 Coin Act of 2005, which mandated the creation of several coin series. In the wording of the bill, the US Mint was permitted to strike a one-ounce coin with 24-karat gold bullion, and was required to bear a face value of $50 (USD). Mintage was set for a maximum of 300,000 coins annually.

The United States Mint revived one of the nation’s many iconic coin designs from the 20th century for the Gold American Buffalo, selecting James Earle Fraser’s famous Indian Head Nickel design. Fraser had been commissioned by President William Howard Taft in 1911 to create a new image for American nickels to replace those designed by US Mint Engraver Charles E. Barber, and in use since 1892.

On the obverse side of each coin is Fraser’s depiction of a Native American chieftain. Featured in right-profile relief, the design is a combination of the facial features from numerous real-life tribal leaders. Engravings include the year of minting and the word “Liberty.”

The reverse features the image of a massive bison. This image was inspired by Black Diamond, a bison that called New York City’s Central Park Zoo home in the early 20th century. Engravings on this side include “United States of America,” “E Pluribus Unum,” “In God We Trust,” and the coin’s face value, weight, purity, and metal content.

These coins are produced by the United States Mint on an annual basis in both bullion and proof version. The Gold American Buffalo coins in this listing are bullion versions with a Brilliant Uncirculated condition.

Please direct your questions to a Silver.com associate at 888-989-7223, or connect with us using live web chat and email. If you are interested in similar products, be sure to check out Silver.com’s full selection of American Gold Buffaloes. 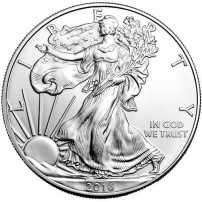