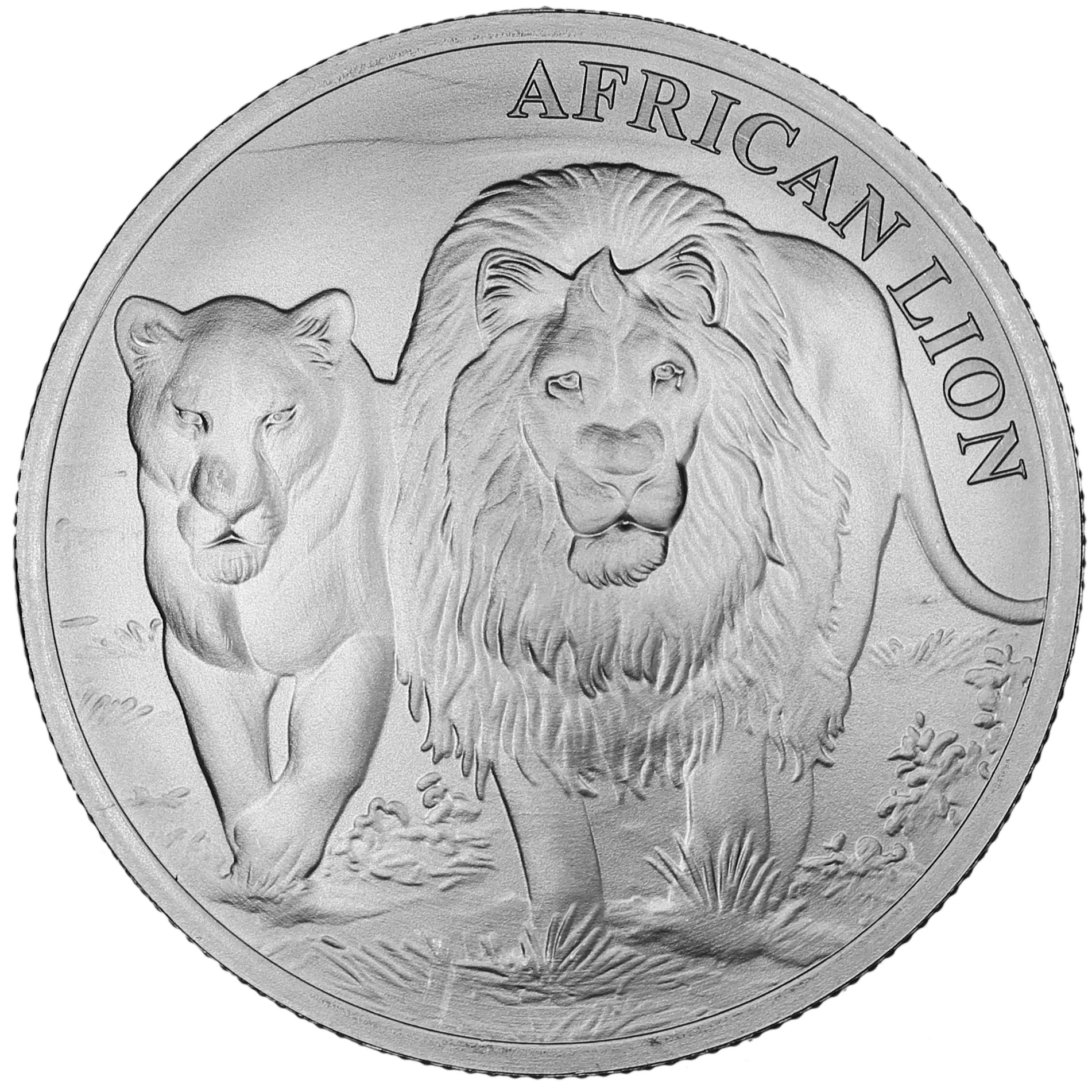 The African Lion Series of bullion and proof coins is just two years old, and already it has undergone some significant changes. These coins were first introduced in 2015 as the Silver Burundi African Lion coin. However, due to political unrest in Burundi, the coins are now issued under the authority of the Republic of Congo.

Like so many other bullion coins, the second change in the 2016 Silver African Lion is less political and more design oriented. The obverse image of the African lion and the engravings accompanying the depiction have changed for 2016.

Each of the 2016 1 oz Silver Congo African Lion coins in this Silver.com listing are Brilliant Uncirculated specimens. Coins with a BU grade exhibit no signs of wear and tear, though you may notice flaws such as breaks in the luster or spotted surfaces.

On the obverse is the imposing figure of a male lion next to a female lion from its pride. The male lion often lives among a group of female lions, known as a pride, which can consist of as many as 14 or 15 lions in total. The lone engraving on this face reads simply “African Lion.”

The reverse face of the coin features the coat of arms for the Republic of Congo. The crest features a lion in the center of a shield, with elephants on either side propping up the shield. A ribbon below bears the engraving “Unite, Travail, Progres.” Additional engravings include the face value, year of issue, weight, purity, and metal content of the coin, as well as the French-language name of the nation, “Republique du Congo.”

Please direct your questions to a Silver.com associate at 888-989-7223, chat with us live online, or submit your questions via email. If you are interested in similar products, be sure to check out our selection of Foreign Silver Coins.