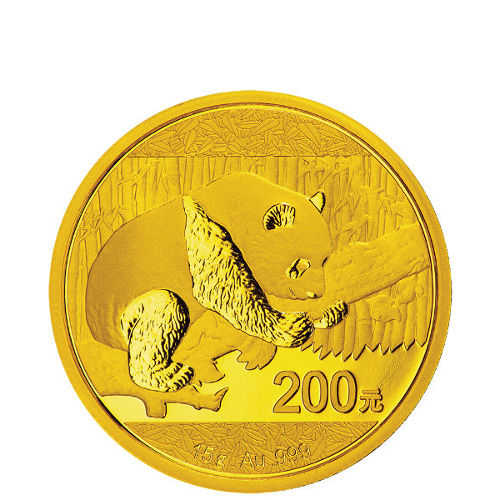 The Giant Panda is a national symbol for the People’s Republic of China. Found throughout the central and southern mountainous regions of the country, the panda is a beloved creature that captures the imagination of millions around the world.

On the obverse of the coin you’ll find the image of a Giant Panda. The bear is featured crawling along the trunk of a fallen tree, with a wall of bamboo framing the background of the image. The reverse of the coin features the Temple of Heaven from south-central Beijing.

The Chinese Mint was founded in the late 19th century, but condensed and solidified under communist rule during the 1950s. Gold Chinese Panda coins do not bear mint marks, but are likely produced at facilities in Beijing, Shanghai, and Shenyang.

If you have questions, please don’t hesitate to contact Silver.com associates. You can contact us on the phone at 888-989-7223, chat with us online, or email us.