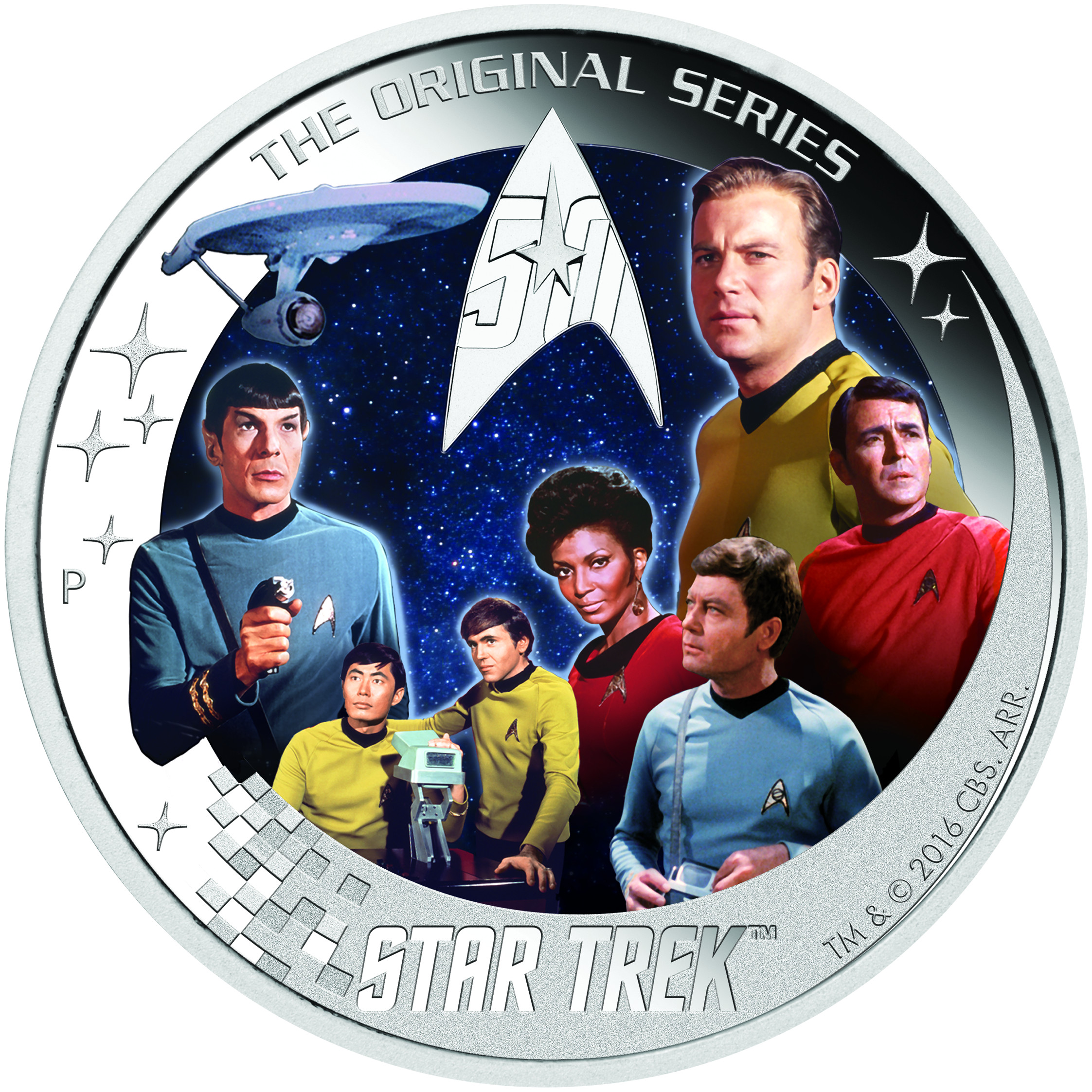 Star Trek made its debut on American television in 1966, making 2016 the 50th anniversary of one of the most widely acclaimed and beloved science-fiction franchises ever. Including five television series and more than a dozen feature films, Star Trek “boldly went where no man has gone before.” Right now, the 2016 2 oz Silver Tuvalu Star Trek USS Enterprise NCC-1701 Crew Proof Coin is available online at Silver.com.

Over the course of the past 50 years, Gene Roddenberry’s Star Trek universe has expanded and captured a new generation of fans, growing from a cult classic TV series to a cultural phenomenon in the modern era. Though considered a science-fiction series, Star Trek has always explored societal themes through its series and films.

In total, following the end of The Original Series‘ run on television, Star Trek gained a cult following with an animated series followed by a handful of feature films in the 1970s and 1980s. It wasn’t until the late 1980s and 1990s that Star Trek started to invade television sets again. Between 1985 and 2005, a total of four new series debuted on TV. In recent years, a reboot of the franchise has occurred with the release of new feature films.

The reverse of the 2016 2 oz Tuvalu Star Trek USS Enterprise NCC-1701 Crew Proof Silver Coin includes a brilliantly colorized design of the full crew of Star Trek: The Original Series. Each actor is captured in color as the character they played on the show, with Captain Kirk, Spock, Uhura, Scotty, Dr. McCoy, and Sulu all set against a backdrop of the galaxy in full color.

On the obverse of the Star Trek USS Enterprise NCC-1701 Crew Proof Silver Coin is the common image of Queen Elizabeth II used on all Perth Mint coinage. This 1998 depiction of Her Majesty was created by Ian Rank-Broadley, and is the fourth-generation image of the Queen since her ascension to the throne in 1952.

If you have any questions, please don’t hesitate to contact Silver.com. Our customer service team is available to you on the phone at 888-989-7223, connect with us live online using our web chat, or send us an email.