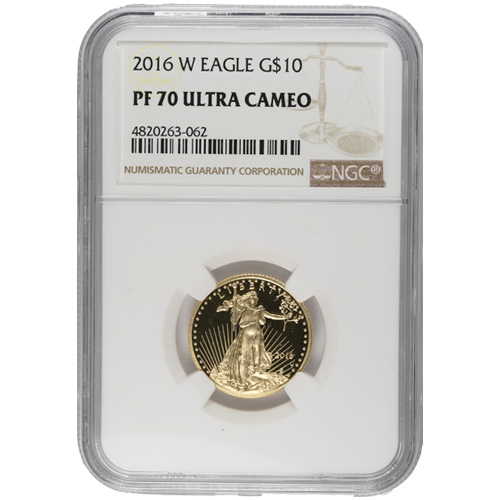 Opening sales for the Proof Gold Eagles were very strong in this 30th-anniversary year, with four the five options selling at a rate double that of the 2015 release of the coins. The 1 oz coin and 4-Coin Set had the highest demand in the series out of the gates. While sales figures did eventually cool down from the original pace, the 2016 Proof Gold Eagles remained ahead of sales figures from 2015.

The obverse side of the 2016 1/4 oz Proof Gold American Eagle coin includes the vision of Liberty created in 1907 by Augustus Saint-Gaudens. This design originally appeared on the $20 Gold Double Eagle from 1907 to 1933 when the US halted production of gold coins and rounded up those in circulation to melt down.

We encourage Silver.com customers to contact us with questions at 888-989-7223. You can also reach out to us online through our live chat and email address features.