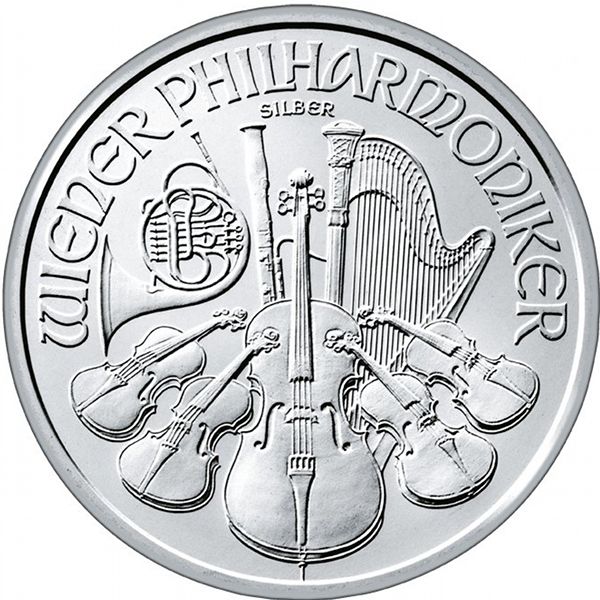 On the obverse of all 2018 1 oz Silver Austrian Philharmonic Coins you’ll find the image of the Great Organ, a massive organ located within the Musikverein Golden Hall. Located in the Innere Stadt borough of Vienna, the Golden Hall is the orchestra center where the Vienna Philharmonic Orchestra performs.

The reverse of all Silver Austrian Philharmonic Coins includes a collection of musical instruments. While not representative of every instrument used by members of the orchestra, it does include major pieces such as the harp, violin, cello, bassoon, flute, and French horn. The engravings on the Silver Austrian Philharmonic coin are listed in both English and German, the official language of Austria.

Your 2018 1 oz Silver Austrian Philharmonic Coin is available for purchase in BU condition. Coins in BU condition have no signs of wear and tear, though minor flaws such as breaks in the luster, spotted surfaces, and contact marks are possible as a result of the production processes at the mint.

We encourage customers to contact Silver.com with questions. We’re available on the phone at 888-989-7223, online through our live chat, and via our email address.