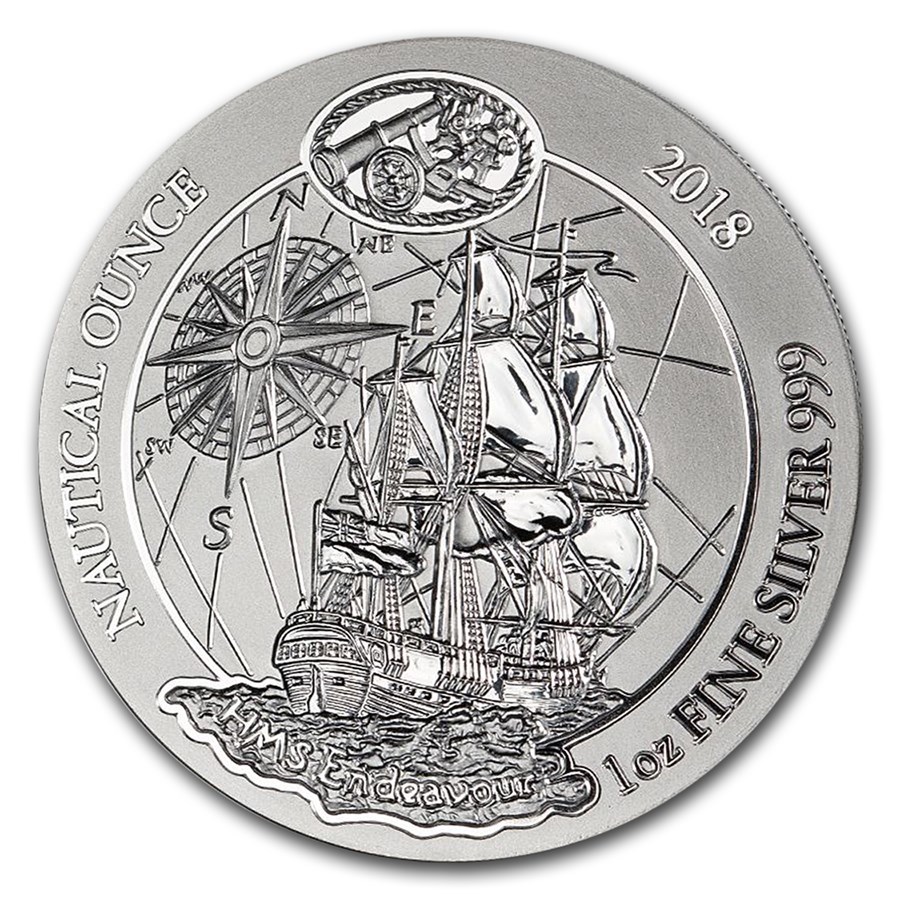 The HMS Endeavour was one of the most accomplished naval vessels of its day, and even into the modern era, its achievements are heralded by nautical enthusiasts. With Captain James Cook at the helm, the British Royal Navy vessel was the first to reach the east coast of Australia and completed a global circumnavigation from the United Kingdom and back in three years. The 2018 1 oz Silver Rwandan HMS Endeavour Nautical Ounce Coin is currently available for purchase online at Silver.com.

Endeavour had an illustrious career as a vessel within the Royal Navy. After its circumnavigation of the globe between 1768 and 1771, the ship was eventually decommissioned by the Royal Navy in 1774. It was sold out of the service entirely in 1775 and later purchased by another party and renamed the Lord Sandwich.

In its second life, the HMS Endeavour met with a fate hardly befitting a ship as accomplished as this vessel. During the American Revolutionary War, the ship was brought to the US East Coast to serve as a British troop transport in support of the crown’s war against the Americans. The Endeavour, now Lord Sandwich, was eventually scuttled on purpose in Narragansett Bay, Rhode Island, where its remains lie to this day.

On the obverse of the 2018 1 oz Silver Rwandan HMS Endeavour Nautical Ounce Coin is the image of the Endeavour with its sails at full mast as it races toward the horizon. After its epic journey around the globe ended in 1771, it would spend the next three years sailing between the United Kingdom and the Falkland Islands before it was sold into private hands.

The reverse of the Silver Rwandan HMS Endeavour Nautical Ounce Coin is the image of the coat of arms for Rwanda. Included engravings on this read “Banki Nkuru Y’U Rwanda” and “Amafaranga Mirongo Itanu.” The coin’s face value in Rwandan Francs is also listed on this side of the coin.

The HMS Endeavour Nautical Ounce coin is the second issue in the new Rwandan silver coin series. The coins are available for individual purchase inside of plastic wraps or sealed sheets of 10 coins.