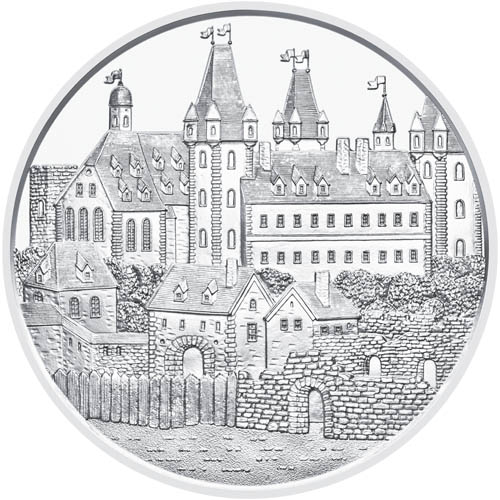 All through 2019, the Austrian Mint and government of Austria celebrate the 825th anniversary of the mint’s founding. Established in 1194 during the reign of Duke Leopold V, the Austrian Mint remains one of Europe’s preeminent sovereign mints. The founding of the mint is being celebrated with a stunning three-coin series and the second design is now available. Today, 2019 1 oz Silver Austrian 825th Anniversary Wiener Neustadt Coins are available to you online at Silver.com.

The Austrian Mint was founded in 1194 by Leopold V using 15 tonnes of silver he collected from England’s King Richard I as a ransom payment. The two men had some bad blood between them as Richard the Lionheart and Duke Leopold were meant to participate in the Third Crusades together. However, Leopold V’s forces were late in arriving to the victorious siege of Acre and the Crusaders took the city, denying Leopold spoils of war as his Austrian army did not participate.

When King Richard I and his army were returning to England, they passed through Austria and Leopold V had them imprisoned. The money he received from Richard I as ransom went to many purposes besides the Austrian Mint’s founding. One example was Wiener Neustadt.

All 2019 1 oz Silver Austrian 825th Anniversary Wiener Neustadt Coins in this listing are in Brilliant Uncirculated condition. The coins are available individually in protective plastic, in multiples of 20 with mint tubes, or multiples of 500 in Monster Boxes.

The obverse of 2019 1 oz Silver Austrian 825th Anniversary Wiener Neustadt Coins include the image of a crusader from the forces of Duke Leopold V. The figure is featured on horseback with a shield and banner, and this side includes the coin’s face value, weight, and metal content.

Please don’t hesitate to reach out to Silver.com with questions when buying silver. You can call us at 888-989-7223, chat with us live online, or simply send us an email.