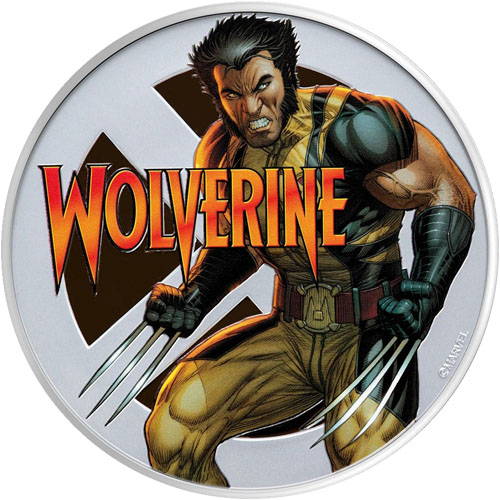 Some of the most popular items of silver for sale right now are Marvel Comics-themed coins. A variety of collections have emerged in the last several years, and 2020 brings with it yet another collectible silver series. The initial releases in this new collection include Wolverine and the Black Widow. Today, 2020 1 oz Proof Silver Fiji Wolverine Coins are available to you online at Silver.com.

Wolverine has proven to be one of the most popular characters in the Marvel Comics universe. Outside of the members of the Avengers and the likes of Iron Man, not other character has received the attention in recent years that Wolverine has. A complicated character with a tragic background, Wolverine featured prominently in all of the X-Men feature films and even earned his own origin story feature films.

All of the 2020 1 oz Proof Silver Fiji Wolverine Coins available to purchase here today are brand new. The coins are packaged individually inside of commemorative Marvel Comics tins and come with a numbered Certificate of Authenticity. These COAs are unique in that the COA itself is made from pure silver. The coins in this series are offered with colorized visuals on the reverse.

Fiji’s coat of arms is depicted on the obverse side of the 2020 1 oz Proof Silver Fiji Wolverine Coin. The national coat of arms has a quartered field that is separated by the Cross of St. George, a nod to the British colonial past of the islands. There is a golden lion in the passant guardant pose above the quartered field, with sugarcane in the first quadrant, a coconut palm in the second quadrant, a dove with an olive branch in the third, and a banana bushel in the fourth.

Wolverine is shown in the reverse design element of 2020 Proof Silver Fiji Wolverine Coins. The design shows a powerful, muscular depiction of Wolverine with his X-Men suit on and the X-Men logo in the background field. His powerful adamantium claws are out and Wolverine is ready to go on the offensive. This design is colorized and captures Wolverine as he appeared in Marvel Comics.

Please contact Silver.com if you have any questions about these coins. Our team is available at 888-989-7223, online through our live chat, and via email.