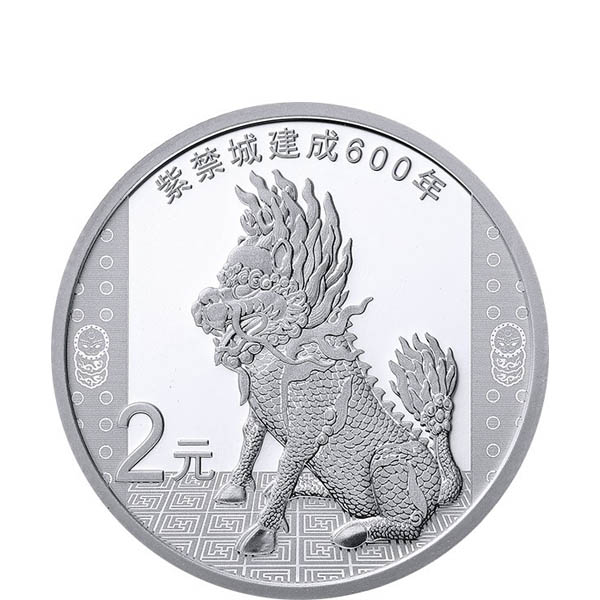 600 years ago, one of the most influential pieces of architecture in the Eastern World was completed with the leaders of the Ming Dynasty building the Forbidden City in Beijing. The palace complex exemplifies the traditional architecture of China and influenced the design and appearance of architecture throughout East Asia and beyond. Today, 2020 5 Gram Proof Silver Chinese 600th Anniversary of the Forbidden City Coins are available to you online at Silver.com.

The Forbidden City was a marvel of the ancient world that took 14 years in total to build. Construction began in 1406 and was completed in 1420. It took an estimated one million workers to complete construction on the palatial complex and the buildings consist of who logs of Phoebe zhennan wood that was harvested from the jungles of south-west China and blocks of marble quarried from areas around Beijing. The floors of all major halls were paved with so-called “golden bricks,” or specially baked paving bricks that were made in Suzhou.

All 2020 5 Gram Proof Silver Chinese 600th Anniversary of the Forbidden City Coins are packaged inside of protective plastic capsules. The coins have traditional proof visuals that include frosted designs and mirrored fields. There is a mintage cap of two million coins with this release and there is also a partner release in the form of a proof gold coin with the same designs available to mark this special anniversary.

On the obverse side of the 2020 5 Gram Proof Silver Chinese 600th Anniversary of the Forbidden City Coin, you will find a replication of the national emblem of the People’s Republic of China. The circular seal features a depiction of the Tiananmen Gate at the entrance of the Forbidden City with five stars in a cluster overhead. The four smaller stars represent the four social classes identified in Maoism and the larger central star represents the Communist Party.

The reverse face of 2020 5 Gram Proof Silver Chinese 600th Anniversary of the Forbidden City Coins bears a depiction of the Qilin. The bronze statue is similar to those that adorn the Forbidden City and depict a hooved chimera with horns on its head.

Please feel free to contact us at Silver.com with any questions when buying silver. Our team is available at 888-989-7223, online using our live chat, and via our email address.