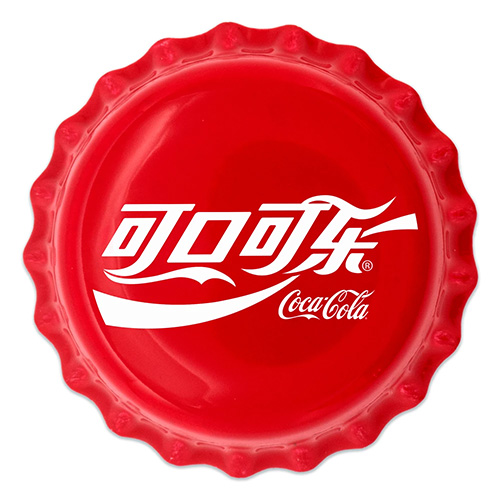 The Coca-Cola Company bought the formula to Coca-Cola and its brand in 1889 for just $2,300, and as of 2018 has an operating revenue of $31.85 billion. Developed by John Pemberton in 1886, Coca-Cola was originally created as a temperance movement drink to substitute for alcohol following a ban on booze in Fulton County, Georgia that same year. The Coca-Cola brand is one of the most recognizable in the world and now takes on a unique shape in a silver coin release. Today, 2020 6 Gram Silver Fijian Coca-Cola China Bottle Cap Coin is available to you online at Silver.com.

The Coca-Cola formula was developed in 1886 by John Pemberton, a colonel in the Confederate States of America armed forces. He served and was wounded in the American Civil War and became addicted to morphine in the aftermath. Seeking a substitute for that drug, he developed a beverage with coca leaves and kola nuts with the latter serving as the caffeine source in the drink.

All of the 2020 6 Gram Silver Fijian Coca-Cola China Bottle Cap Coins in this listing are proof-like specimens with elements of frosting on the designs and clear visuals to the background field. Coins in this series take on the exact shape of a Coca-Cola bottle cap with colorized visuals on the obverse and pure silver visuals on the reverse.

These Fijian Coca-Cola China Bottle Cap Coins are available inside of a protective Coca-Cola-themed tin box. The tin itself has the red-and-white brand colors of the Coca-Cola Company and the top of the tin comes in the form of a bottle cap as well.

On the obverse of 2020 6 Gram Silver Fijian Coca-Cola China Bottle Cap Coin is a depiction of the Coca-Cola brand name in its iconic white script in English, as well as in Mandarin. The latter text takes greater prominence as this is a China Edition release of the Coca-Cola bottle cap silver coins.

The reverse face of 2020 Silver Fijian Coca-Cola China Bottle Cap Coins bears the coat of arms for Fiji. The quartered shield is supported by native Fijians on either side and topped with a Polynesian canoe with outrigger and full sails.

Please don’t hesitate to reach out to Silver.com with your questions about silver for sale. We are available to you at 888-989-7223, online through our live chat, and via our email address.