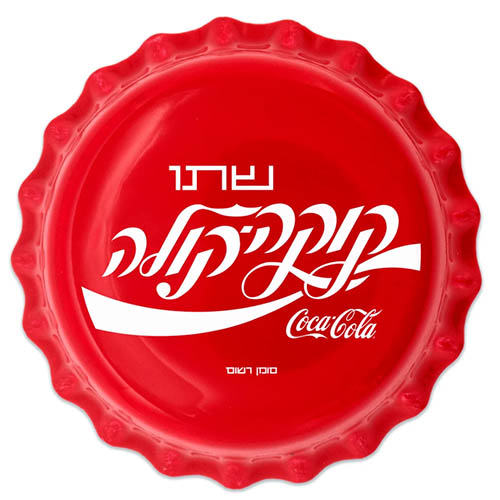 Uniquely shaped silver coins are available to collectors with low mintage figures as a popular option delivering distinction to a collection. One of the most recognizable brands in the world is the American soft drink Coca-Cola. Consumed by billions of people around the world, the new Global Edition Series of Coca-Cola bottle cap coins features the Coca-Cola brand in different languages from around the world. 2020 6 Gram Silver Fiji Coca-Cola Israel Bottle Cap Coins are now available to you for purchase online at Silver.com.

Coca-Cola is the highest volume soda producer in the world today. The soft drink itself was created in the 1880s by a former Confederate officer in the US Civil War. Addicted to morphine as a result of injuries sustained during the conflict, the developer created Coca-Cola as a drink to ease people’s pain and addiction to morphine.

Today, Coke is sold in nations around the world and its brand name is translated into countless different languages for sale in those different locations. The Global Edition Series of Coca-Cola bottle cap-shaped coins have colorized finishes on the obverse with the name “Coca-Cola” featured in two different languages.

The obverse of the 2020 6 Gram Silver Fiji Coca Cola Israel Bottle Cap Coin features the words “Coca-Cola” in the native tongue of Israel in larger text in the center and again in English in smaller text. This is just how you would find the bottle cap on iconic Coca-Cola bottles for sale throughout Israel. The coin has the exact shape of a bottle cap, complete with the rippled edges around the outside.

On the reverse of 2020 6 Gram Silver Fiji Coca Cola Israel Bottle Cap Coins is the coat of arms for Fiji. This quartered shield has a Polynesian canoe with outrigger attachment above and is supported on either side by native Fijian figures.

These 2020 6 Gram Silver Fiji Coca Cola Israel Bottle Cap Coins are housed individually inside of Coca-Cola red tins with a foam insert to surround the coin and keep it safe. Each one has red-and-white colorization on the obverse.

Silver.com asks customers to call us at 888-989-7223 with questions. You can also contact us on the web using our live chat and email address features.