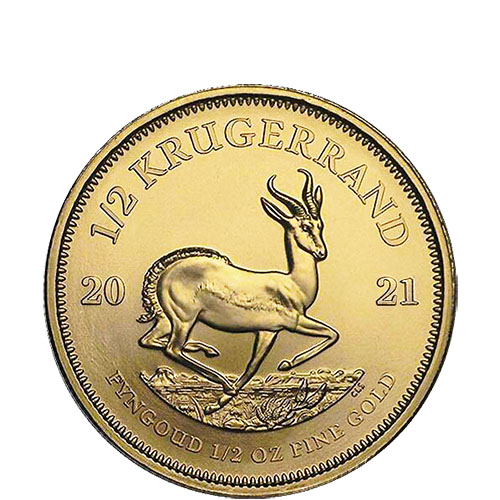 One of the most respected gold bullion coin programs is the South African Mint’s Krugerrand collection. Introduced in July 1967, there was no other major gold bullion coin available to private investors to compete with the Krugerrand until 1979 when the Royal Canadian Mint introduced the Gold Maple Leaf. In the decade-plus before the arrival of the latter coin, the Krugerrand established itself as the go-to option for gold investors around the globe.

The Gold South African Krugerrands survived an economic boycott among Western nations that started in the 1970s and lasted through 1991 in most nations to remain a highly-visible gold bullion coin for private investors. The Krugerrand was introduced in 1967 by the Rand Refinery and South African Mint to promote private gold ownership and leverage the vast gold reserves in South Africa to the benefit of the fledgling independent nation. As of 2017, the series offers investors six weights in gold and a beautiful silver bullion option as well.

All of these 2021 1/2 oz Gold South African Krugerrands are available to you in Brilliant Uncirculated condition. The Rand Refinery ships these coins inside of mint tubes of 15 gold coins, and you can also purchase the coins individually with a protective plastic flip available for shipping.

On the obverse side of the 2021 Gold South African Krugerrand is a portrait of Paul Kruger. This left-profile bust of the former President of the South African Republic was first created in the 1890s during his time in office and debuted on the coins of the former South African Pound denominations. Following decimalization of the newly independent nation’s currency in 1961, Kruger’s bust was revived on certain denominations of the newly-introduced Rand and features annually on all versions of the Krugerrand.

The reverse field of 2021 1/2 oz Gold South African Krugerrands bears the image of a Springbok antelope, the national symbol of the modern Republic of South Africa. The Springbok’s native range includes much of the southern tip of the African continent, including the entirety of the nation of South Africa.