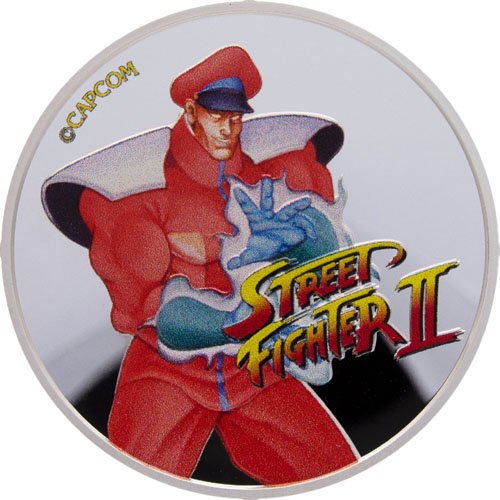 The obverse of 2021 1 oz Silver Fiji Street Fighter II M Bison Coins features a depiction of the national coat of arms for Fiji. The design includes a shield that is supported by Fijian figures and topped with a Polynesian canoe complete with an outrigger attachment.

On the reverse side of 2021 Colorized Silver Fiji Street Fighter II M Bison Coins, you will find the colorized image of M Bison. The design shows the character known as the Dictator in his red military uniform with a red-and-blue hat. His fighting style is described as a Psycho, power-infused style.

Silver.com customer service can assist you at 888-989-7223. We are also available to you online through our live chat and email address features.