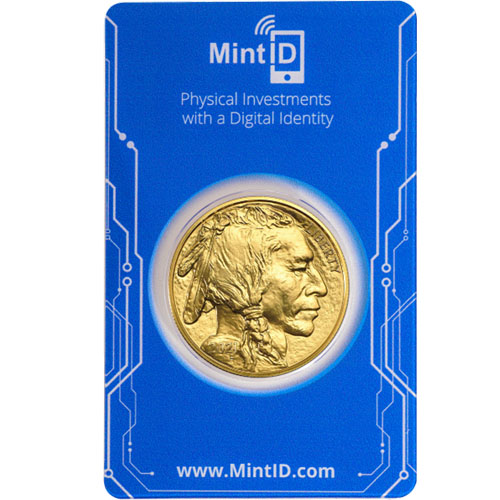 There is only one coin from the United States Mint that is available on an annual basis featuring 24-karat gold. That coin also happens to be the first-ever coin with .9999 fine gold content from the US Mint. The Gold American Buffalo remains the leading 24-karat gold coin in the United States and bears the images from the historic Buffalo Nickel issued in the early 20th century. Now, 2021 1 oz Gold American Buffalos with MintID packaging are available to you for purchase online at Silver.com.

From 1794 when the first US coins were issued to 1933 when the nation backed away from the gold standard and stopped issuing gold circulation coins, the US Mint never issued a coin with greater than 22-karat gold content. From 1794 to 1834, most coins had 22-karat gold content. From 1834 to 1837, American gold coins saw the gold purity drop just below 90% with a mixture of copper and silver in the alloy.

In 1837, American gold coins were standardized at 90% gold with permission to strike the coins with a maximum of 10% copper as the balance metal. Some coins would feature up to 3% silver in the content, the maximum allowed under law. In 1986, American gold coins returned with the 22-karat Gold Eagle bullion coin. In 2006, these Gold American Buffalos debuted to provide the nation its first-ever 24-karat gold coin.

On the obverse side of 2021 Gold American Buffalo Coins is the image of a stoic tribal figure. This tribal elder is depicted in right-profile relief with a stoic look on his face. He has braided hair with feathers woven in at the top of his head.

The reverse field of 2021 1 oz Gold American Buffalos comes with an American bison. Also known as the buffalo, it is found in left-profile relief on a small mound of dirt. This design, and that of the indigenous figure on the obverse, came from the Buffalo Nickel coin in circulation from 1913 to 1938.

These 2021 1 oz Gold American Buffalo Coins are available to you sealed in CertiCards. The MintID CertiCard has a 128-bit encrypted NFC microchip in its design. The chip has tamper detection so it will be rendered useless if any attempts to open up the card are made. Using the MintID app and the NFC setting on your smartphone, you can simply tap your phone against the NFC symbol on the card and connect directly to the digital profile for the coin. Best of all, the MintID app is free to use and requires no sensitive personal information. In order to use the MintID app, you’ll need iOS 13.0 or later and Android 4.2 or later running on your device.

Silver.com customer service can assist you with questions at 888-989-7223. We are also available via live chat and email address features.