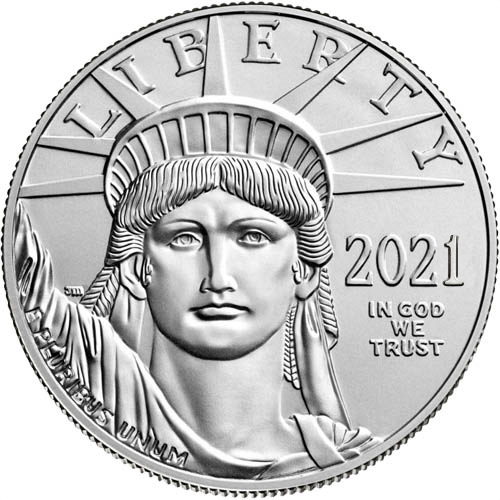 Platinum American Eagles are available from the United States Mint in two popular versions. These include the investment-grade Brilliant Uncirculated coin and the collectible Proof coin. The BU Platinum Eagles are like many other bullion coin collections and offer the same designs on the obverse and reverse each year, while the Proof Platinum Eagles actually have new designs on the obverse or reverse each year.

The Statue of Liberty is featured on the obverse field of the 2021 1 oz Platinum American Eagles. The image shown here focuses on the face of Liberty with her towering, spiked crown on her head. Her stoic gaze is fixed toward the horizon as her right arm extends beyond the field of view on the coin to hold a torch up in the air. This design was created in 1997 for this series by John Mercanti. Mr. Mercanti worked for the US Mint from 1974 until 2010 when he retired as the 12th Chief Engraver of the United States Mint.

An American bald eagle is shown in the reverse design of the 2021 Platinum American Eagles. The bald eagle is depicted flying through the air with its wings spread wide and its very edge feathers are flexed out. The sun rises over the horizon in the background. The design comes from Thomas D. Rogers, a sculptor-engraver who worked for the United States Mint from 1991 to 2001.

Please contact Silver.com with your questions. You can contact us with your inquiries on the phone at 888-989-7223, chat with us live online, or simply send us an email. 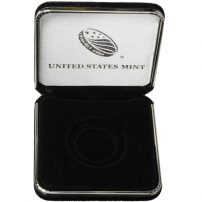 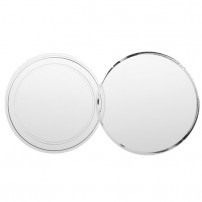