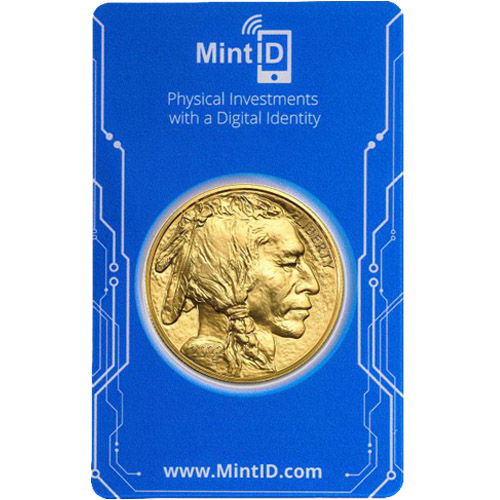 In 2006, the United States Mint introduced America’s first-ever 24-karat gold coin. The bullion coins became the first investment-grade bullion coin from the US Mint to accurately replicate both designs from a historic US coin. To this day, it remains the only 24-karat gold bullion coin issued on an annual basis. Now, 2022 1 oz Gold American Buffalos are available to you for purchase online at Silver.com in MintID cards.

In 1986, the United States Mint started its bullion coin releases with the gold and silver coins of the American Eagle Series. The images of Liberty on these coins came from historic US coins. The Gold Eagle features Augustus Saint-Gaudens’ Liberty effigy from the Gold $20 Double Eagle, while the Silver Eagle features Walking Liberty from Adolph A. Weinman’s half dollar design in 1916.

When the Platinum Eagle was introduced in 1997, it gained two distinct, modern images of Liberty and the American bald eagle. The later Palladium Eagle brings back Weinman’s Mercury Dime Liberty image. None of these coins brought back their accompanying reverse designs though. Only the Gold Buffalo uses both its original obverse and reverse designs from the Buffalo Nickel.

The obverse of 2022 Gold American Buffalos features an indigenous figure. Created in 1913 by James Earle Fraser using a composite of the physical features of several different tribal leaders in the 20th century, the figure is set in right-profile relief with a stoic look on his face.

On the reverse of 2022 1 oz Gold Buffalos is the image of an American bison. The largest land mammal in North America, the bison is closely associated with the continent’s indigenous tribes and was an important part of both the day-to-day life and beliefs of the indigenous people from the American Plains.

These 2022 1 oz Gold American Buffalo Coins are sealed in MintID CertiCards. Each card seals a single coin inside and has an NFC microchip that is AES-128 encrypted. Using the MintID app, you can instantly verify the authenticity of each coin.

Simply enable NFC on your smartphone and launch the MintID app. You can use the app for free without providing sensitive personal information. Following the prompts in the app, you can tap your phone against the NFC scan symbol on the reverse of the card and view the details of each piece.

Silver.com customer service is available at 888-989-7223. Additionally, you can chat with us live online or simply send us an email.