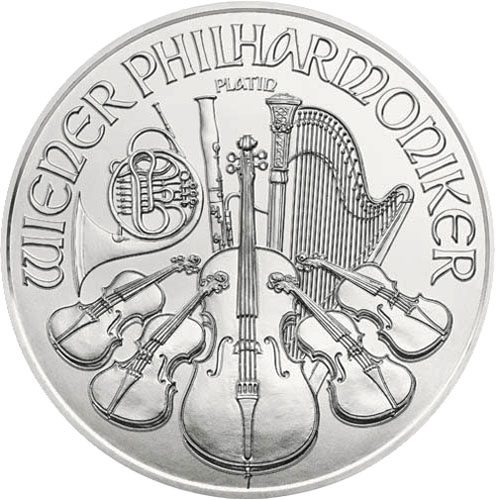 Each 2022 1 oz Platinum Austrian Philharmonic Coin is available to you for purchase today individually or in bulk. When you purchase individual coins or in numbers of nine or fewer, the coins arrive in protective plastic flips. Multiples of 10 are packaged in acrylic tubes by the mint. Multiples of 100 are available in boxes from the mint with a total of 10 tubes inside the box.

Platinum Philharmonics were introduced by the Austrian Mint in 2016. This not only marked a further expansion for the series, but also came amid a wave of new platinum bullion coin collections at mints around the globe, such as the Somalia Elephant Series. Just a year after the 1 oz platinum coin was released, the mint introduced a very unique 1/25 oz platinum version of the Philharmonic as well.

If you have any questions about platinum coins, please feel free to ask. Silver.com customer service is available at 888-989-7223, online using our live chat, and via our email address.