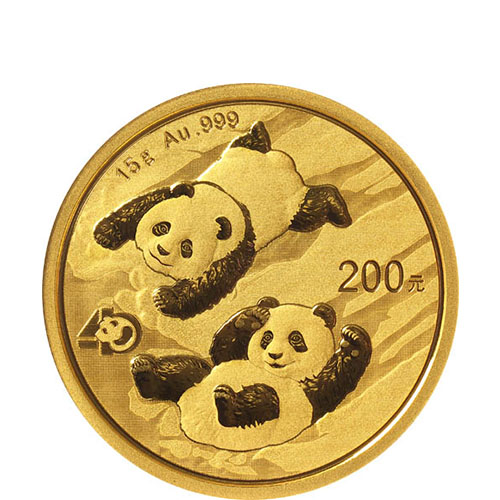 In 2022, the Chinese Mint celebrates a milestone for its Chinese Panda bullion coin series. Now available in five gold weights and one silver weight, the collection started in 1982 with four gold bullion coins. Originally offered in Troy ounces, the coins are now marked in Grams as of 2016. Right now, 2022 15 Gram Gold Chinese Pandas are available to purchase online at Silver.com.

Each 2022 15 Gram Gold Chinese Panda available here at Silver.com comes in its own sealed protective pouch from the mint. The coins available here are in Brilliant Uncirculated condition from the Chinese Mint. The Chinese Mint does not use mint marks in its Chinese Panda Series, so there is no way of knowing which of its branch facilities produced and released the coins.

The obverse side of 2022 Gold Chinese Pandas features a depiction of the exterior of the Hall of Prayer for Abundant Harvests. This building was constructed between 1406 and 1420, and is part of the Temple of Heaven Complex.

On the reverse field of the 2022 15 Gram Gold Pandas is a vision of two Giant Pandas. The Giant Panda is a species of bear that is native to China. The bears live in the central highlands of China and is easily identifiable with its black and white patches of fur. In this design, the pandas are shown sliding down a snowy hill with a 40th-anniversary mark on this side of the coin.

If you have any questions when you buy gold, please don’t hesitate to ask. Silver.com customer service is available at 888-989-7223, online using our live chat, and via our email address. 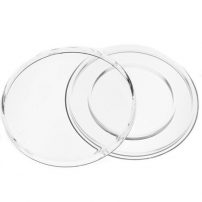