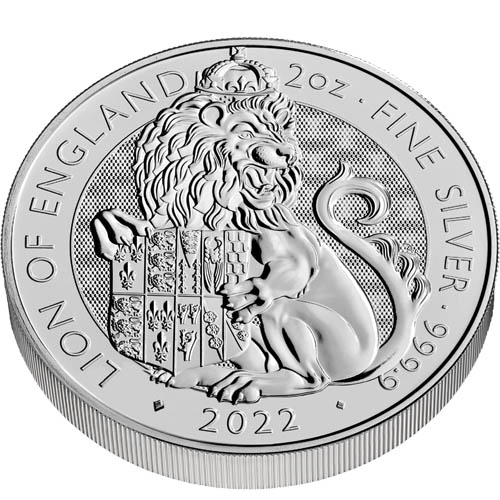 After the completion of the Silver Queen’s Beast Series in 2021, the Royal Mint transitioned right into a new series celebrating a specific dynasty to have ruled the crown of England. The Tudor Dynasty ruled for nearly 120 years and gave England some of its most infamous monarchs in history. Today, 2022 2 oz Silver British Tudor Beasts Lion Coins are available to you online from Silver.com.

All of the 2022 2 oz Silver British Tudor Beasts Lion Coins come with individual flips for the coins. Multiples of 10 silver coins arrive in plastic tubes, while boxes are available for multiples of 200 coins. Each box can hold 20 individual tubes of 10 coins each. Each coin is in Brilliant Uncirculated condition. This Lion of England BU design is the first in the brilliant uncirculated range of Tudor Beasts coins.

On the obverse of 2022 Silver British Tudor Beasts Lion Coins is a portrait of the longest-reigning monarch in British history. Queen Elizabeth II has been on the throne since February 1952 and is the first monarch to have ever reached the milestone Platinum Jubilee. Her Majesty is shown here in right-profile relief with the George IV State Diadem Crown on her head.

The reverse side of the 2022 2 oz Silver Tudor Beasts Lion Coins comes with an image of the powerful Lion of England. A fixture of the Royal Arms since the reign of King Richard I in 1189, the Lion of England is shown here with the Imperial Crown as it supports the shield with the combined arms of King Henry VIII and Jane Seymour.

Please contact Silver.com with any questions about silver for sale. Our team can assist you at 888-989-7223, online using our live chat, and via our email address. 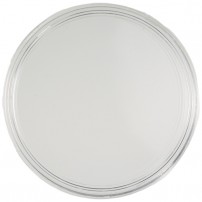