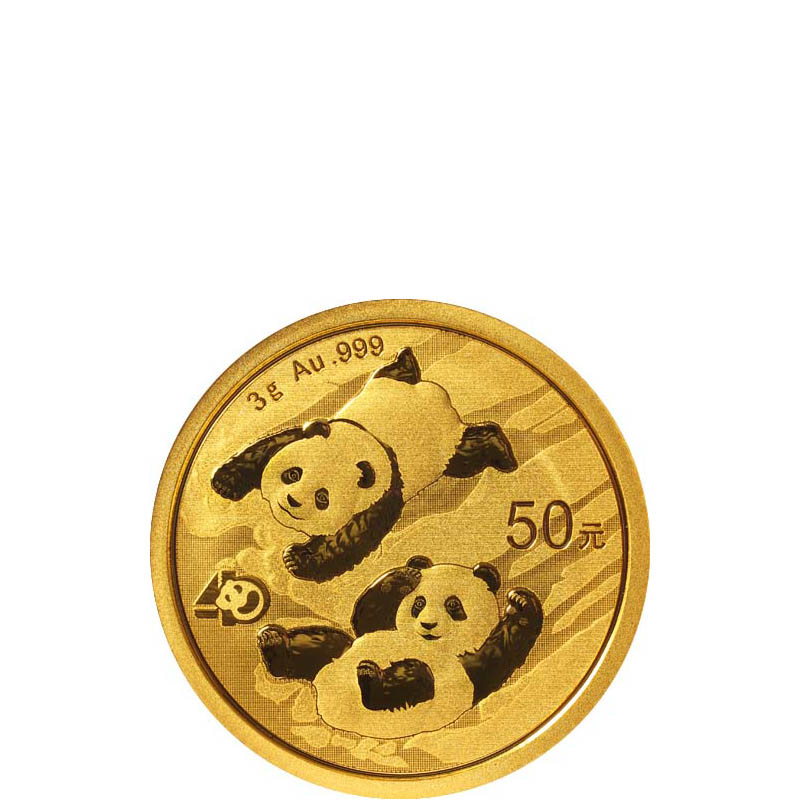 When you are buying gold, you will find that the Gold Chinese Panda Series is one of the world’s most popular. The Gold Panda Series celebrates its 40th anniversary in 2022 and includes a special privy mark on all five gold coins, as well as the one silver coin in the series. Now, 2022 3 Gram Gold Chinese Panda Coins are available to you for purchase online at Silver.com.

When the series debuted in 1982, the gold coins were available in 1 oz, 1/2 oz, 1/4 oz, and 1/10 oz gold. In 1983, the gold series gained a 1/20 oz weight and the Chinese Mint also issued the first-ever silver coins, though those original silver coins were only available as proof specimens.

The obverse side of 2022 3 Gram Gold Chinese Panda Coins features the image of the Hall of Prayer for Abundant Harvests. This image shows the exterior of the building that is the center of the Temple of Heaven Complex.

On the reverse of 2022 3 Gram Gold Pandas is a depiction of two Giant Pandas. The Giant Panda species is native to the central highlands of China and is notable for its patches of black-and-white fur throughout its body. In this design, two pandas slide down a snowy hill. One slides down on its stomach going head-first, as the other slides down on its back going feet first. This side also includes a special 40th-anniversary privy mark.

These 2022 3 Gram Gold Chinese Panda Coins come to you in Brilliant Uncirculated condition and are available individually. Each coin is sealed in a protective plastic pouch by the mint.