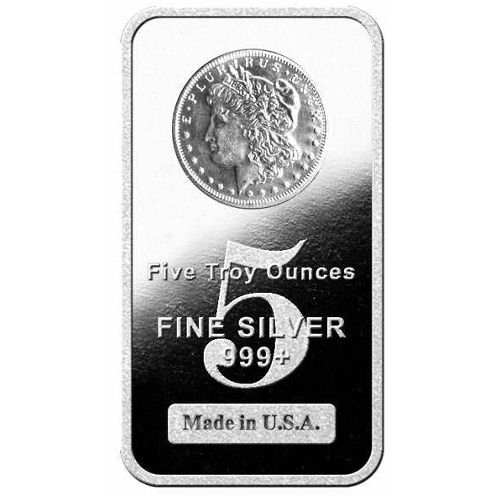 George T. Morgan likely never imagined the impact he’d have on American coin design when he crossed the Atlantic from his native England to seek a greater future in the United States. His Morgan Silver Dollar coin design remains one of the greatest in American coinage history, and today is available on Silver.com on a unique 5 oz Silver Morgan Bar.

In 1876, Morgan left England to take a position as an Assistant Engraver at the United States Mint. The Director of the US Mint at the time had been in contact with his counterpart at England’s Royal Mint, where engraver positions were full and the Royal Mint was unable to provide a future option for Morgan.

Morgan’s first design for the United States Mint was for a silver dollar coin released in 1878, marking the end to a five-year hiatus in silver coin production in the US. Morgan’s figure of Liberty was based upon Anna Williams, and offered a left-profile portrait of Liberty wearing a crown with the word “Liberty” emblazoned upon it.

The Morgan Silver Dollar was in circulation from 1878 to 1904, and was again struck for one year in 1921. Morgan’s career with the US Mint saw him retain a position as Assistant Engraver from 1876 until 1917, at which point he succeeded Charles E Barber as the Chief Engraver at the age of 71 years old. He would hold that position until 1925 when he died.

On the obverse of these 5 oz Silver Morgan Bars, there is an obverse image of the Morgan Silver Dollar coin, featuring the iconic image of Liberty he created nearly 140 years ago. Other engravings on this face of the bar include its weight, metal content, and purity, as well as a stamped bar reading “Made in the U.S.A.”

Each of these 5 oz Silver Morgan Bars was struck by the Highland Mint, a private facility in the United States. Highland Mint operates a 40,000 square foot state-of-the-art facility in Melbourne, Florida that was opened in the early 1980s.

If you have any questions, please feel free to contact Silver.com directly. Our associates are available on the phone at 888-989-7223, online using our live web chat feature, and via our email address. 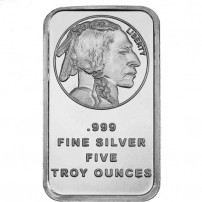 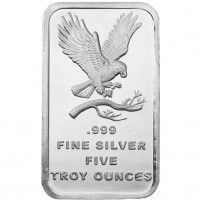 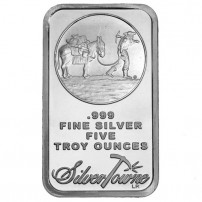 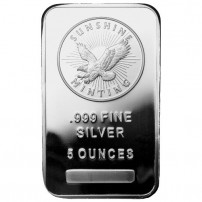