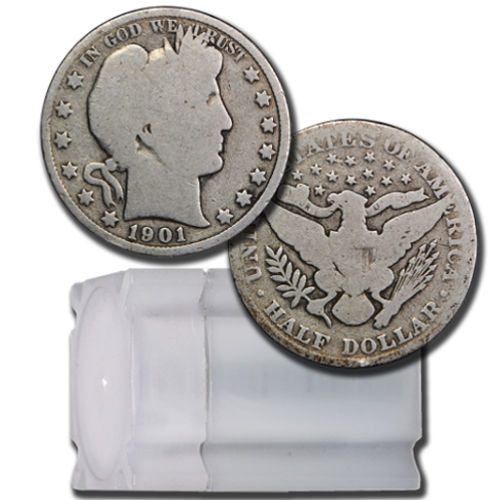 Any quantity available for $19.49 per oz over spot!

Charles E. Barber had immense sway over the design and appearance of American coinage during the late 19th and early 20th centuries. As Chief Engraver of the United States Mint from 1879 to 1917, he oversaw two major periods of change in US coinage and designed some of the nation’s popular historic coins. Right now, Silver.com offers 90% Silver Barber Half-Dollars in a $10 roll, with all coins in circulated condition.

Barber was born in London, England, but his family moved to the United States in the 1850s. His father and older brother were both engravers, and Charles followed in the family footsteps and eventually became Chief Engraver of the United States Mint.

Early in his term as the Chief Engraver, Barber created the Liberty head design used on the nation’s dime, quarter, and half-dollar coins to replace the Seated Liberty design that had been in use on most denominations of US coinage since the 1830s. Barber’s appointment as the designer was the result of a lack of public interest in submitting designs because the US Mint offered a cash prize only to a potential winner, rather than all entrants.

On the obverse of each coin is the left-profile portrait of Liberty, with “In God We Trust” engraved above her head and the year of issue below. Surrounding the design are 13 stars to represent the original American colonies.

The reverse of the coins features one of the first modern depictions of the heraldic eagle of the United States. The bald eagle is set behind the nation’s shield, clutching an olive branch and the arrows of war in its talons. “United States of America” is engraved above, “Half Dollar” below, and the motto “E Pluribus Unum” is on the banner the eagle clutches in its beak.

If you have any questions about this Silver.com product listing, please feel free to reach out to us on the phone at 888-989-7223. You can also connect with us online using our live chat and email features. Check out our Junk Silver page to see similar products. 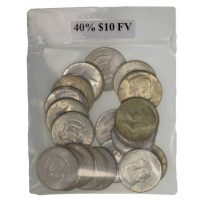