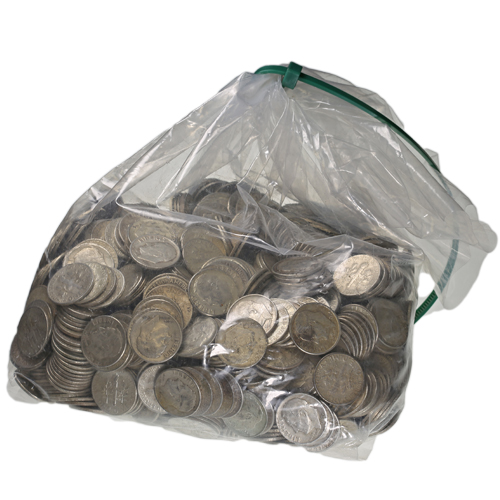 For the investor looking to break into precious metals for the first time, junk metal is often a good starting place. Junk metal isn’t always what you think. In fact, many former circulation coins from US history have impressive silver content and remain affordable for the first-time investor. If you’re looking for a good starting point, Silver.com offers the 90% Silver Roosevelts Dimes $100 Face Value Bag for sale online.

The Roosevelt Dime is one of the most unique circulation coins in American history. Released on what would have been Roosevelt’s 64th birthday in 1946, the coin replaced the popular Mercury Dime from iconic American coin designer Adolph A. Weinman.

Following Roosevelt’s death in office in 1945, a movement started within the US Mint and Treasury Department to replace the Mercury Dim design with one honoring the late President Roosevelt. The dim was a natural choice because of Roosevelt’s famous March of Dimes campaign.

Unveiled in 1946, the Roosevelt dime is the only US coin still in circulation today that has never undergone any major alterations to its design. There are older designs in use, such as the obverse and reverse of the Washington quarter or the obverse of the Lincoln cent, but each has undergone design changes at some point, temporary and permanent.

On the obverse of the 90% Silver Roosevelt Dime you’ll find the left-profile portrait of President Franklin D. Roosevelt. Designed by John Sinnock, a nasty rumor began circulating in the 1950s that his “JS” initials on the obverse actually were placed on the dimes by a Soviet mole in the US Mint that wanted to honor Joseph Stalin.

The reverse of each coin features the images of a torch, in the center, flanked by an olive branch and oak branch. Together, the symbols represent liberty, peace, and strength, respectively. These 90% Silver Roosevelt Dimes only come from 1946 to 1964 because the US government halted the use of 90% silver content in circulation coins starting in 1965.

Your purchase of a $100 Face Value bag of 90% Silver Roosevelt Dimes today comes with coins containing varying mint marks and years of issue. Silver.com guarantees each coin has .900 fine silver and a mint mark between 1946 and 1964.

Please direct your questions to Silver.com at 888-989-7223, connect with us online using our live chat, or email us directly.