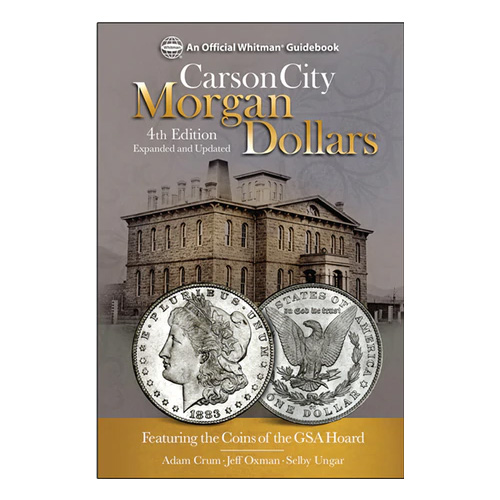 The Silver Morgan Dollar has long been a favorite of modern-day US coin collectors. The Morgan Dollars were struck by the millions at the United States Mint between 1878 and 1904, with a final issue in 1921. Despite issuing millions of coins, countless Morgans were melted down in the 1900s and 1910s by the US Mint for restriking as other denominations or to be made into bullion bars. In the 1960s, a discovery was made in the vaults of the US Treasury that changed the landscape of Silver Morgan Dollar collecting forever. Today, Silver.com has a unique product available to you that can fill in all the gaps in the story of the Carson City Silver Morgan Dollars.

With this book in hand, you can learn everything you’ve wanted to know about the history of the Carson City Mint, the background on Silver Morgan Dollar coining there, and the details of each date mark from the mint.

If you’re interested in getting this book for free, you can do so by purchasing available Morgan Dollar 3-Coin Sets from the Carson City Mint. Please contact Silver.com if you have any questions. Our team is available at 888-989-7223, online through our live chat, and using our email address.