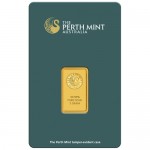 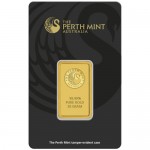 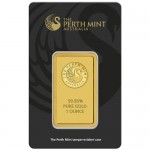 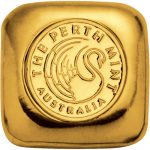 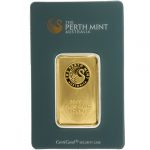 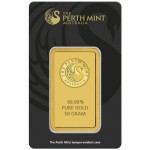 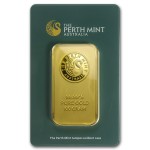 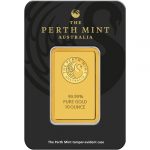 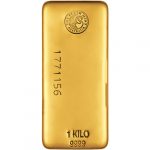 Investors who are interested in precious metals, especially gold bars, are likely familiar with the Perth Mint. This mint, which is based out of Australia, has been in business for well over a century and is now one of the most popular in the world. If you are looking for gold bars of any type, Perth Mint might be just the company you are looking for.

In the following few sections we will discuss just about everything there is to know about Perth Mint gold bars. Ideally, this page will help give you a clearer picture of whether or not you are going to pursue a purchase of Perth gold bars in the future.

The Perth Mint first opened its doors back in 1899 in response to gold findings in parts of Australia known as Coolgardie and Kalgoorlie. At the time of its opening, the Perth Mint was the third standing mint in all of Australia, joining forces with the Sydney and Melbourne mints. Back in the late 19th and early 20th centuries, all of Australia’s mints were part of Britain’s Royal Mint.

Throughout Perth’s long history, the company has produced much more than just gold bars. In fact, in 1940, during the middle of WWII, the Perth Mint was charged with beginning production of copper pennies. This copper penny production lasted from 1940 up until 1964. Without Perth’s involvement in the production of Australian copper pennies, the country would have been severely lacking the necessary currency.

Another notable achievement of the Perth Mint was the discovery of one of the purest gold bars ever to have been produced. This historic bar was 999.999 pure gold and impressed the rest of the world so much that the Royal Mint of England decided to use Perth gold bars as the standard for their future production.

From its inception, the Perth Mint was managed by the Royal Mint of England, and that was true until July 1st of 1970. It was on this day that the ownership of the Perth Mint was transferred to the government of Western Australia. Since then the mint has operated independently.

One of the biggest reasons behind why people love Perth Mint gold bars is because of the variety of sizes that they produce. Whether you are looking for a small bar or a bulk supply of huge bars, Perth Mint is able to suit the needs of almost every investor.

400 and 1000 ounce bars are two of the largest sizes of bars, while 5 and 10 gram gold bars are some of the smallest. In addition, Perth also produces 20 gram, 1 ounce, and 10 ounce gold bars. Though they do offer a wide selection of bars, some of the most popular sizes are their one and ten troy ounce bars. These are much more readily available than some of their gram and larger ounce bars.

When it comes to the larger bars, Perth stamps into the bar a unique serial number that is specific to your bar and your bar only. This serial number is verifiable with Perth Mint in order to guarantee that the bar is authentic.

Most all Perth Mint gold bars are not only guaranteed to be 100% authentic by the mint itself but also are accompanied by an assay card, which not only assures their authenticity but also protects them. Assays are provided with the mint’s most popular bars; the 1 oz and 10 oz size. An assay card works in much the same fashion of a stamped serial number, though it is a separate card. Usually this card is also a plastic protective case so it is able to both authenticate and protect your gold investment.