Gold coins feature high-purity gold content as well as a face value in their nation of origin. We offer a wide selection of Gold Eagles, Gold Maples, and other foreign coins. 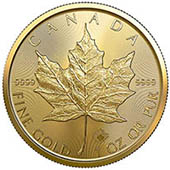 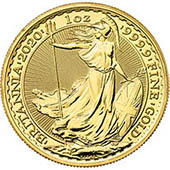 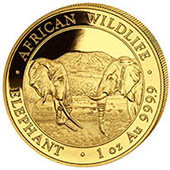 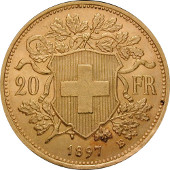 If you are speaking of gold investments, gold coins are definitely going to be mentioned. Coins nowadays, while legal tender in all corners of the world, are being much more commonly used as a form of investment. The reason for this is because the value of the coinâ€™s physical gold content is much more valuable than the nominal value of the coin as deemed by the issuing government. Basically the coin is almost always worth more than the monetary value that is inscribed on it. While this has not always been the case, it most assuredly is now, especially with how much the value of gold has risen over the past 20 years or so.

While gold coins are used as investment vehicles, they are much more unique than other forms of bullion such as bars in that each and every coin is different, even if the size, weight, and purity are exactly the same. The reason for this is that coins are produced in different quantities and editions across different countries. This means that even though you may have two 1 ounce gold coins, the one from country A may be appraised at an entirely different value than the coin from country B.

Just like gold bars, coins come in a variety of sizes, though they are generally equal to or less than one troy ounce. While some editions of gold coins are minted in every size imaginable, others are minted in only one single size. Size is important because that is part of what determines the value of the coin in question. More often than not, the bigger the coin is the more valuable it is. Of course gold content comes into play when determining the value of a coin, but size plays an important role, too.

Sizes of gold coins that you will come across range from being as small as 1/10th of an ounce to being as large as a whole ounce and more. The most common size of gold coin you will find is the one ounce variety. Nearly every country that produces bullion coins mints at least one in the 1 ounce size. There are some coins that you can find in sizes larger than 1 ounce, though this is very rare and is usually only reserved for special editions of specific coins.

Coins smaller than 1 ounce, also known as fractional coins, are much more commonly found than ones that are larger. These sized coins can be as small as 1/10th or even 1/20th of an ounce in some cases. Some investors prefer these smaller coins because they can be acquired for a cheaper price than their larger counterparts while some people even give them out as gifts.

Apart from the size and collectabilitity, the value of a specific gold coin is also determined by its gold content, or purity level. You don’t have to be an experienced investor to piece together that the more gold you have, the more money it is worth. This means that the higher the gold content of your coin, the more valuable it is likely going to be.

With circulating coins that were produced in years past you might have found any number of different purity levels from 50% gold, to 90% and just about anywhere in between. Though there is no standard purity that coins must be produced in nowadays, most countries mint their bullion coins with purity levels of 22k (91.67%) or 24k (99.99%). For example, the US Mintâ€™s American Gold Eagle is made of roughly 91.67% gold while the Canadian Gold Maple Leaf is made of 99.99% pure gold.

You might now be asking, if a coin is made of 91.67% gold, what comprises the other 8.33% of it? The answer to that is a relatively straightforward one and has everything to do with goldâ€™s soft nature when compared to other metals. Because gold is so soft and impressionable, coins like the American Gold Eagle and other 22k coins are comprised of small percentages of what are called filler metals in order to add strength and durability. These filler metals are often copper, silver, and any other strength-adding metal.

While purity and size are big factors in determining the value of a gold coin, there is one more factor that sometimes weighs in on this conversation, as well, and that is the number of a specific coins minted annually.

The law of scarcity essentially states that the less of something there is, the more value it has. This law cannot be applied any more seamlessly than it can on the subject of the value of gold coins.

While the purity and size are two major factors in determining the value of a gold coin, the number of editions minted in a specific year can also play a key role. If the year and edition of a coin are scarce and harder to come by, they are generally more sought out by collectors, driving the price up.

The same can be said about older gold coins. If one coin is very old and only a few are known to exist, its value may be much more heavily derived from its scarcity as opposed to its gold content or size. Do not get confused, however, because a gold coin being old does not always mean it is going to be worth a lot of money.

The last, most obvious place where gold coins derive their value is the condition of the coin. If a coin is tattered, beaten up, and worn, it will often carry a much lower premium than that of a coin which is in brilliant uncirculated condition.