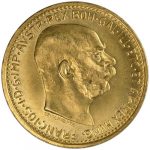 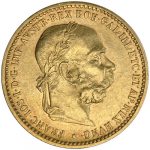 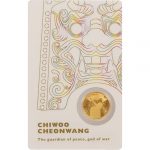 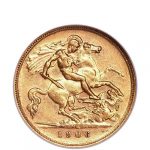 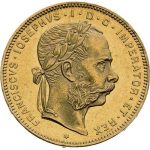 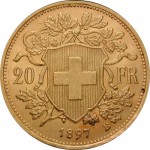 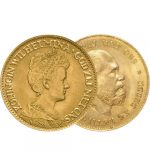 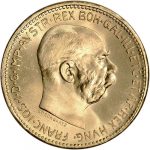 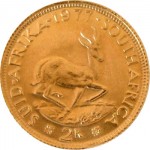 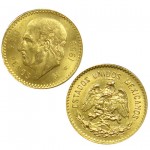 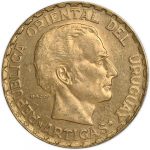 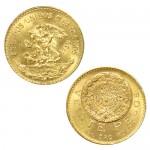 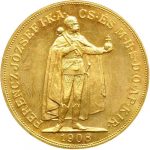 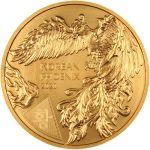 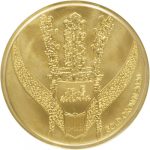 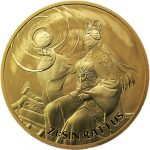 Silver.com is proud to offer gold coins that are produced by foreign mints located across the globe. Foreign gold coins are produced by many nations in Europe, African, Asia and other parts of the world and can be purchased in .900 to .9999 purity in sizes from 1/20 oz to 1 oz.

To the amateur numismatist, a gold coin is simply a gold coin; and if it is foreign, then it merely comes from another country. The truth is more involved than that. Knowing how to recognize and classify foreign gold coins is essential to make sure that you’re getting something authentic.

To qualify as a gold coin, a coin must either be entirely or primarily made of gold. These days, gold coins are rarely used as currency. They’re either made for collectors, defined as bullion, or created for special purposes; so the actual monetary value imprinted on the coin itself isn’t particularly important. It’s used mainly as a means for determining an investment.

A foreign gold coin comes from a foreign country. For a collector or investor in the United States, for example, a foreign coin may come from Canada, but usually comes from smaller countries located overseas. In antiquity, gold coins generally came from Greece, Persia, and other parts of the Near East. China minted early gold coins, as well, and in the Middle Ages, bullion and gold coins frequently came from Britain, Germany, and Norway.

Today, several countries are well-known among investors, collectors, and even numismatists for their beautiful foreign coins. Somalia in particular mints sought-after gold coins. Somalia minted its first gold coins in 1965, the fifth anniversary of the country’s independence. Many of its coins are commemorative. Most of them are from 1965 and 1966. The denominations are typically called shillings, although they are also known as “somalo.”

The 1965 and 1966 coins feature a front-facing bust of Somali President Aden Abdullah Osman Daar, along with an inscription stating “Repubblica Somala 1960-1965.” On the reverse, the Somali coat of arms is beautifully rendered, along with an inscription of the denomination. Lawrence Chard is responsible for the design. Many of the country’s coins are actually minted elsewhere, such as Bavaria.

Somali coins are available in many denominations and diameters:

The African Wildlife series is a favorite with collectors too. The 2015 gold coin is minted from 1 troy ounce of .999 fine gold. The obverse for 2015 has an elephant mother, or cow, and her calf walking through Africa’s plains. The purity and weight run around the rim. On the reverse, the Somali coat of arms is finely detailed, along with the date and the face value, which is 1,000 shillings.

Switzerland is another country popular for its gold coins. Particularly, Swiss francs are highly valued among numismatists and investors. The range of gold coins used as legal tender are collectively called Vreneli. More formally, they’re known as Helvetia Head (in English), Helvetiakopf (in German), and Tête d’Helvetia (in French). The earliest coins were only issued from 1897 to 1936, then again in both 1947 and 1949. Those are re-strikes, however.

Swiss francs are sometimes called Swiss Miss coins because the obverse features a female, described as allegorical and meant to serve as Switzerland’s national symbol. Fritz Landry designed her. On the reverse, a Swiss cross decorates the Swiss shield, and an oak wreath surrounds the figure. Interestingly, the coins were themselves minted in Bern at the Swiss Mint while the die engraving occurred at the mint in Paris.

Simply put, the demand for domestic coins is typically larger. The demand for foreign gold coins isn’t as high, possibly because you have to seek them out and do research. They’re neither as popular nor as well-known as certain domestic coins, such as the Maple Leaf, the Philharmonic, or the American Eagle. That being said, they are still in demand. Indeed, among collectors and investors with an eye for gold, detailed designs, and variety, they’re extraordinarily valued and valuable.

Shopping online is one of the best ways to get foreign gold coins because it’s convenient, efficient, and easy. To buy coins through Silver.com, numismatists need only search for the coins in which they’re interested, then order the amount they want. Whether ordering by phone or online, a secure checkout keeps financial and personal information secure. Our prices are competitively low, which means it’s possible to order large amounts of coins or highly valued ones. Furthermore, orders over $3,000 ship for free. Regardless of the amount, the shipping process is quick and all orders are mailed out with full insurance.