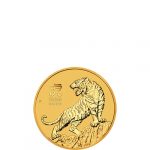 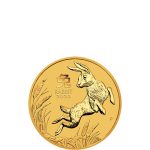 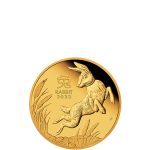 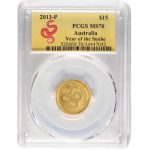 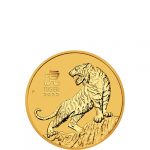 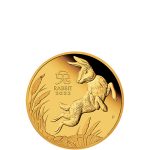 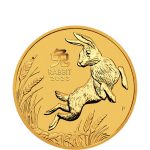 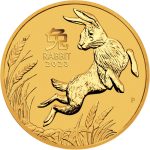 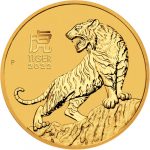 The Perth Mint introduced a new coin series over a decade ago which was known as the Lunar Series. It was introduced to commemorate the Chinese Zodiac calendar. Perth produced coins in both gold and silver to celebrate each Chinese lunar year. With only limited amounts of each coin produced, they have become very collectible but yet, because of their high gold purities, they are also a viable option for investors. The series can be broken up into two categories; Series I and Series II. Since the zodiac calendar consists of only 12 years in each cycle, after the twelfth year of minting, Perth decided to re-instate the series, differentiating them by their number; I and II.

The first of the two lunar series minted by Perth was started just before the turn of the century in 1999. As such the first lunar coin ever produced for this series was the Rabbit coin. The series would end in 2010 with the Year of the Tiger coin. With the great success of the first set, Perth decided to continue by introducing series II.

With 2011 beginning the new Lunar calendar, Perth decided to launch their second Lunar series with the brand new Year of the Rabbit coin. These coins were minted in a vast number of sizes including the 1/20 oz, 1/10 oz, 1/4 oz, 1/2 oz, and 1 oz variations. All Lunar Series coins have come to be available in all of these sizes and also contain 99.9% pure gold. Compared to the first series, Series II coins tend to be more readily available. The current zodiac calendar indicates 2014 to be the Year of the Horse and therefore Perth will be minting the 2014 Year of the Horse gold coins.

Most all Lunar series coins come encased in their original Perth Mint packaging. Coins are usually sealed within air-tight hard plastic coin capsules to protect their mint state condition. They are also available in their mint sealed rolls. Be sure to view our full offering of Perth Mint lunar series gold coins which are available to you online at industry leading prices. All orders placed with Silver.com are packaged discreetly with bubble wrap to protect the precious metals while on their way to you.