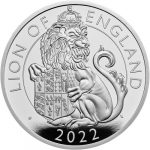 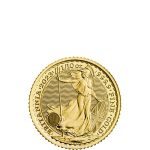 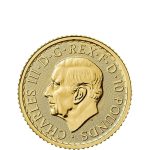 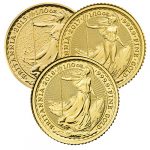 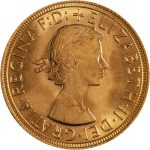 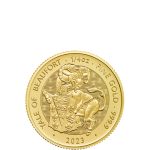 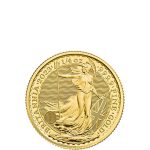 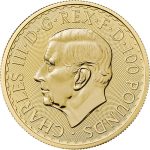 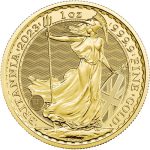 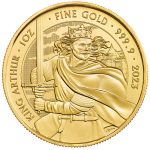 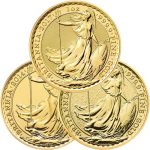 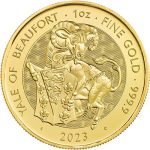 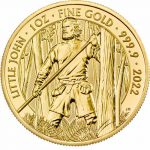 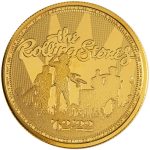 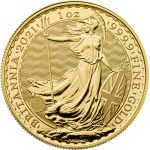 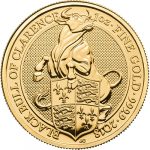 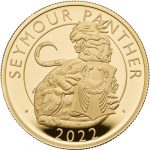 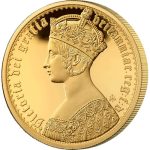 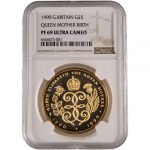 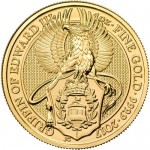 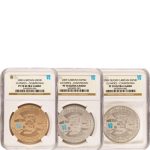 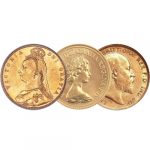 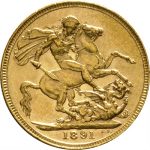 British gold coins are some of the most sought after in the world simply because of the history behind the mint that created them. The Royal Mint of England, originally known as the London Mint, was founded in the late 9th century and has been producing coins of all varieties throughout the UK and the world ever since.

The London Mint was first established by decree of King Alfred the Great, though it was just one of a vast number of mints located in his kingdom. Almost 400 years after it was founded, the mint was moved to the Tower of London where it remained for the next 5 centuries. Throughout its storied existence, the Royal Mint was solely owned by the government of the United Kingdom, but that all changed in 2009 when its assets were sold off to transform the mint from a government entity to private enterprise.

Investors from all over the world love British gold coins as a result of the mint that is backing them. The Royal Mint has technically been in business for more than 1,100 years and is seen as being wholly trustworthy. What’s more, the incredibly unique and intricate designs on the coins are a draw in and of themselves. The Royal Mint also advertises each and every coin they mint as being a piece of a more than 1,000-year history, which is an extremely attractive prospect for a wide variety of investors.

The Gold Britannia coin, released by the Royal Mint in 1987, is far and away the single most popular coin to have graced the mint’s production lines. The design of this coin is marked by the image of Britannia, an ancient Roman symbol meant to personify the island of Britain. Through the coin’s more than 20 year history, the Britannia has always been present on the coin, but the exact specifications of her image have changed a number of times. The coin’s original design, the Standing Britannia, is present on all coins minted through the first ten years of production. Since then, however, the design has seen a number of subtle changes that add to the diversity of this coin series.

Some other Britannia designs include the Charioteer Britannia (1997), Britannia & The Lion (2001), Helmeted Head Britannia (2003), and the Seated Britannia. Regardless of the subtle, year-to-year differences, the Roman depiction of the personified Britannia is always present on the coin’s reverse. With regard to the frequency of changes to the Britannia’s design, it has recently become clear that the Royal Mint tends to offer design changes on alternating annual releases.

From its release in 1987 up until 2012, the Gold Britannia was available in four sizes; 1 oz, ½ oz, ¼ oz, and 1/10 oz. These coins boasted a purity of .917 which was, in truth, a bit below what evolved into the industry standard .9999 purity. From 2013 going forward, the Royal Mint introduced both a 1/20 oz and 5 oz Britannias. They also improved the purity of their coins from .917 to .9999. This higher purity level was instantaneously heralded as one of the best decisions the Royal Mint has made in recent history and has done well to improve the popularity and demand of their coins.

Introduced in 2016, the Queen’s Beast Series is one of the more impressive collections of Gold British Coins available right now. The 10-coin series includes 10 unique designs, each one representing a different heraldic beast from the history of the Royal Arms of England. Though far more beasts exist, the particular creatures chosen for representation in this series have a direct connection to England’s Queen Elizabeth II, the reigning monarch of England when the collection launched and the longest-reigning monarch in British history.

When Elizabeth II entered Westminster Abbey in 1953 for her official coronation ceremony, the doors to the Abbey were guarded by 10 select heraldic beasts. Each one of those creatures has been reimagined by Jody Clark for the Royal Mint, the same man who created the fifth-generation portrait of Elizabeth II for British coinage.

On the obverse of all Gold Queen’s Beast coins is the image of Queen Elizabeth II. Her Majesty features in a right-profile design wearing the Royal Diadem crown on her head. Her effigy is surrounded by inscriptions of the coin’s face value in British Pound sterling, “Elizabeth II,” and “D.G. Reg. F.D.” The debut coin issued in 2016 has a hammered, or stippled, background field. The two coins issued in 2017 have a similar background. All Gold Queen’s Beast coins issued starting in 2018 have a new guilloche background design element that resembles braided rope.

Launched by the Royal Mint of England in 2014, the Shengxiao Series is a Gold British Coin collection of lunar-themed designs. Each of the coins is available as bullion and proof options, with varying weights available between the two versions that range from 1/10 oz and 1/4 oz coins up to 5 oz coins in the proof series. Both versions feature .9999 fine gold content and all bullion coins have a limited mintage of 8,888 coins for each new design release. The use of 8,888 points to the significance of the number 8 in Chinese culture.

On the obverse side of all Gold British Shengxiao Series coins is the image of Queen Elizabeth II. As this collection started in 2014 with the Year of the Horse, you’ll find two different designs on the obverse depending on the date mark. The 2014 and 2015 coins feature Ian Rank-Broadley’s 1998 design, while the 2016 and later coins have Jody Clark’s 2015 design and the fifth-generation effigy of Her Majesty.

As for the reverse designs, each one is set to match the animal featured on the Zodiac for that given year. Available designs include:

Known simply as the sovereign, the Gold Sovereign coins from the Royal Mint are the most significant coins struck in any given year. Initially produced in 1489 during the reign of the Tudor King, Henry VII, gold sovereigns have been in regular production with the same reverse design and standardized weight and gold content since the reign of King George III. In 1817, the Royal Mint introduced Gold British Sovereign coins as circulation currency with the portrait of the monarch on the obverse and Benedetto Pistrucci’s St. George figure on the reverse.

During the reign of Queen Elizabeth II, the gold sovereign ceased to exist as a circulation coin and was transitioned to production as a bullion investment-grade coin, a status it maintains to this day. Countless examples of Gold British Sovereigns remain available today, many dating to the 19th-century reigns of King George III and Queen Victoria. Examples of designs include:

With regard to most Royal Mint coins (Britannias & Lunar Series) the most popularly and frequently found size is a 1 ounce coin. Despite the Britannia being found in 6 different sizes now, the 1 oz coin is still an investor and collector favorite simply because of its standard size and weight.

Because the Royal Mint produces an absolutely insane number of gold coins annually, they are readily available at most every time of the year. These coins are minted according to perceived demand, and, so long as people are still buying gold coins as frequently as they are today, they will continue to be minted in massive quantities.

We package all British gold coins according to the size of your order. Individual coins will be provided with a protective vinyl coin flip. More sizeable orders will be shipped in their original tubes as they are from the mint. Every order we ship will be dispatched in discreet packaging as to not draw any unnecessary, unwanted attention and as a means of ensuring the safety of your order.

If you have any questions about the variety of British gold coins for sale, please feel free to reach out to Silver.com. You can call us at 888-989-7223, chat with us live online, or email us directly.