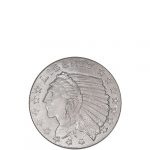 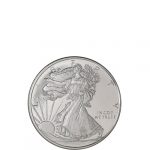 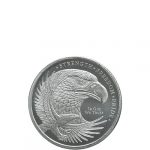 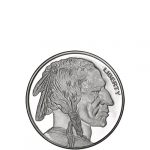 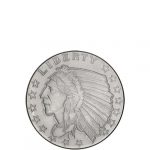 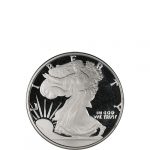 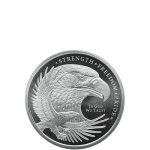 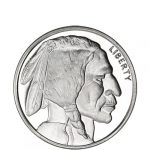 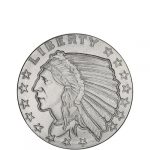 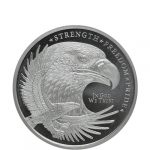 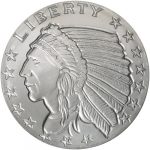 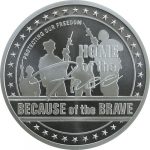 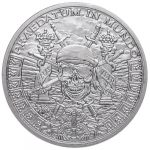 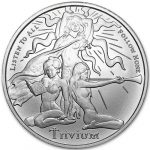 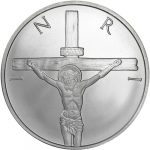 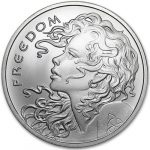 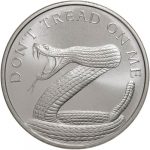 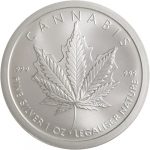 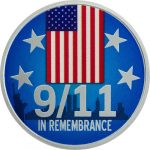 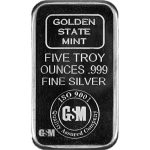 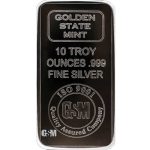 The Golden State Mint might not have the highest profile among private mints in the United States at this point, it does have one of the most diverse offerings of silver rounds in the precious metals industry today. Golden State Mint produces an eclectic variety of silver rounds in both bullion and proof versions, featuring both iconic designs from American coining history and in-house designs that are altogether unique.

The Golden State Mint produces silver rounds in a wide variety of weights not often produced by other private mints. The common 1 oz size is a staple product of the mint, and features the greatest variety in design. Other weights include 5 oz, 2 oz, ½ oz, ¼ oz, and 1/10 oz silver rounds.

Those who have shopped Golden State Mint products before, or are long-time coin collectors, will be familiar with some of the designs used on silver rounds from GSM. Among the popular designs that numismatists will recognize are the Morgan Silver Dollar, Buffalo Nickel, $20 Double Eagle, and the Incuse Indian Head design from American history. Additionally, the mint strikes a number of unique silver rounds designed in-house by its design team.

The Morgan Silver Dollar was released into circulation in the United States in 1878 as the first silver dollar produced at the US Mint in nearly five years. The end of free silver coining in America halted the production of silver dollars, also bringing an end to the Seated Liberty design previously used on America’s $1 silver coins.

As the United States Mint looked to get $1 silver coins back in production, Assistant Engraver George T. Morgan was asked to develop a design for the new coins. A gifted 30-year-old Briton who had just come to the States in 1876, Morgan sat through four sessions with Anna Willess Williams to develop his now-iconic Liberty design for the new silver dollar.

Known today as the Morgan Silver Dollar, the coin’s design featured a left-profile bust of Liberty, with thirteen stars around her head and the phrase “E Pluribus Unum engraved above. The reverse featured an early depiction of the heraldic eagle, with arrows and an olive branch in its talons.

There is little doubt that Augustus Saint-Gaudens helped change the face of American gold currency forever. He was hand-selected by President Theodore Roosevelt in 1905 to help revolutionize and revitalize American gold coin designs. His iconic depiction of Lady Liberty featured the nation’s beloved symbol in full-length relief. She could be seen striding forward with her body outlined by the rays of the setting sun. A torch held aloft in her right hand guided the way, as the olive branch in her left symbolized peace.

Saint-Gaudens’ image depicted America’s confident march into an unknown future, with peace and liberty guiding the way. He completed the design in 1907, and it first appeared on the $20 Gold Double Eagle released late in that same year. Though Saint-Gaudens would die before his design was released into circulation, his image lives on today on the obverse face of the nation’s official gold bullion coin, the American Gold Eagle, and the 2009 Ultra-High Relief Gold Double Eagle from the US Mint.

The GSM Saint-Gaudens Silver Round features both obverse and reverse images from the $20 Double Eagle. On the obverse is Lady Liberty in her full glory, with 50 stars surrounding her and the word “Liberty” above her head. The reverse features his soaring eagle as it passes over the sun. The only difference in the design is the absence of “United States of America,” which is again replaced by “Golden State Mint.” GSM Saint-Gaudens Silver Rounds are only available in a 1 oz weight.

This silver round from Golden State Mint uses a unique coin design from the early 20th century in American history. Here again, Augustus Saint-Gaudens is responsible for an iconic American coin design. The Incuse Indian design was introduced in 1907 on US $5 and $2.50 coins. The design features of the coin were unique for their time, as they featured an inset design that resembled stamping, rather than a minted design that elevated the primary features.

On the obverse was the left-profile portrait of a Native American chieftain, while the American bald eagle was featured on the reverse perched atop a quiver of arrows wrapped in an olive branch. The coins were originally produced between 1907 and 1929.

Today, this is one of the few places you’ll find this image on a new product. The Golden State Mint Incuse Indian Silver Round features Saint-Gaudens’ obverse and reverse designs. On the obverse, the Native American chieftain’s profile is surrounded by thirteen stars and the word “Liberty,” with the final year of minting (1929) featured below on all rounds. The reverse features the bald eagle as it was on the original coin, with “Golden State Mint” engraved above.

This is one of the most popular designs from Golden State Mint, and as a result, is widely available in various sizes. You can find this silver round in all available weights of 5 oz, 2 oz, 1 oz, ½ oz, ¼ oz, and 1/10 oz. Only one other GSM silver round is this readily available.

The GSM Buffalo Silver Round is the other readily available round from Golden State Mint that is produced across all six popular weights. The Buffalo Nickel was a coin struck in the United States between 1913 and 1938, and was designed by sculptor James Earle Fraser. A native of Winona, Minnesota, Fraser was raised in a frontier lifestyle.

He was commissioned by President William Howard Taft in 1911 to help redesign the images and features of American silver coins. The Buffalo Nickel was his most popular coin design. On the obverse, he used three real-life Native American chieftains as inspiration for a right-profile portrait. Black Diamond, a resident bison in New York City’s Central Park Zoo, inspired his bison design featured on the reverse.

Both images are replicated on the GSM Buffalo Silver Round. The obverse bears the image of Fraser’s Native American chieftain, with the simple engraving of “Liberty” included. The obverse is also a simplified version of his original Buffalo Nickel design, featuring Black Diamond with the round’s weight, metal content, and purity below, and “Golden State Mint” above.

As mentioned earlier, Golden State Mint produces a wide variety of silver, copper, and gold products. In addition to the popular, well-known designs mentioned above, Golden State Mint silver rounds are available in designs, such as the Cannabis Silver Round, which offers a humorous take on the Canadian Silver Maple Leaf’s reverse design, as well as the Freedom Girl Round and a variety of Lunar Series rounds.

Advantages of Investing in Silver Rounds

Although silver rounds are not produced at sovereign mints and bear no face value or status as legal tender, there are good reasons to consider investing in products such as GSM Silver Rounds. First and foremost, silver rounds are often available at extremely low premiums above the spot price of silver. In most cases, silver rounds are shipped in sealed tubes of 20, making it easy to both purchase and store large volumes of silver rounds. Last but not least, some silver rounds are IRA-eligible depending upon the mint of origin.

Jim Pavlakos founded the Golden State Mint in California in 1974. With 40 years of experience, Golden State Mint has established itself as one of the premier private mints in the United States. Jim’s son Andrew has since joined the company, ensuring that the family commitment to the mint will continue in the years to come. Today, Golden State Mint operates facilities in Southern California and Florida that allow it to produce and distribute silver, gold, and copper products.

When you purchase GSM Silver Rounds on Silver.com, you’ll have multiple options to pay for your purchase. Silver.com accepts Visa and MasterCard credit/debit cards, with an average processing time of one business day. Bank wire and PayPal transfers are the fastest payment method, with most payments processing immediately. Paper checks are still accepted, and have an average processing time of four to six business days.

Once your payment has cleared, your products will be packaged in discreet boxes and shipped via the United States Postal Service or UPS. Shipping costs are determined on an affordable scale based upon the overall purchase price, with all orders in excess of $3,000 qualifying for free shipping.

If you have any questions about GSM Silver Rounds, Silver.com products, shipping, or payment methods, don’t hesitate to reach out to us. You can contact a Silver.com associate on the phone at 888-989-7223, connect with us online using our live web chat, or submit your questions to us via email.