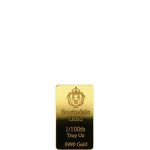 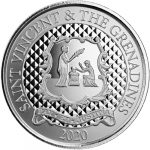 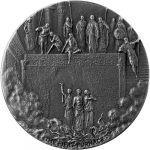 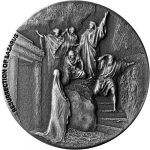 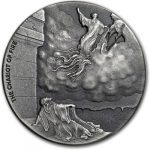 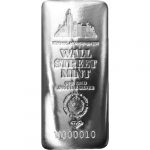 The number of private mints operating in the United States is growing, and so is the variety of products offered by any given mint. Economic instability in the early 2000s and the rising prices for precious metals pushed many new mints to open their doors, and encouraged existing facilities to expand their catalog of products to answer the increasing demand from investors and collectors for gold, silver, and platinum products.

Scottsdale Mint is one of America’s fastest growing private minting facilities, producing a wide range of products in both gold and silver. Among its most popular products are its silver bars, but the mint also strikes its own mint-branded silver rounds and even has contracts with foreign governments to strike foreign reserve coins. The Scottsdale Mint offers an exciting lineup of products that would make the perfect addition to any numismatists portfolio or personal collection.

Why Private Mints are So Popular

Mints such as the Scottsdale Mint are growing in popularity for a number of reasons, making it difficult to pinpoint just one key to their growth. Among the commonly cited reasons, private mints offer .999 fine silver and gold rounds with lower spot prices over the premium price of both metals compared to sovereign mints such as the United States Mint or Royal Canadian Mint.

One of the reasons for the popularity of sovereign mints such as the two mentioned above are long-running, in-demand coin programs that boast designs and purity that attract both investors interested in the metal content, as well as collectors who covet the designs. Mints such as Scottsdale Mint are beginning to produce silver rounds with some of the most popular designs on the world, feeding the hunger in a market that demands more Silver American Eagles, Silver Canadian Maple Leafs, and other popular designs, but either cannot find them at sovereign mints or don’t want to pay the higher premiums.

Another major niche filled by private mints such as the Scottsdale Mint is silver and gold bullion bar productions. While some sovereign mints do refine a limited quantity of gold and silver bullion bars, private mints produce the vast majority of bullion bars to meet the demand of investors interested in precious metal products as an investment vehicle.

Scottsdale Mint has a vast lineup of mint-branded silver bullion bars, including a popular stacker series that features only the mint logo and a solid, rectangular design that makes it easy for investors to stack and store their bars. However, at Silver.com the only product currently in stock is the Tombstone Silver Nugget Bar from Scottsdale Mint.

The city of Tombstone, Arizona is etched in American culture for the gunfight at the OK Corral, but the city’s history and relevance to the nation runs much deeper than a singular gunfight that pitted good vs. evil in the American West. Tombstone was originally founded in 1879 by Ed Schieffelin. At the time of its founding, Tombstone was a tiny town in Pima County of the Arizona Territory.

Schieffelin came to the area with an army scouting group in search of the Apache Indians. While walking the hills surrounding their base camp in search of rocks, the soldiers quipped that the only rock he’d find was his tombstone. When Schieffelin found a silver nugget, the area’s fortunes took a turn for the better. Numerous, large silver mines were eventually established in the area around Tombstone. The city would eventually go on to become the last frontier boomtown in the American West, extracting anywhere between $1.05 billion and $2.24 billion (modern dollar value) of silver bullion from 1877 to 1890.

The Scottsdale Mint’s Tombstone Silver Nugget Bars are available in three different sizes, and bring the tradition of silver mining and prospecting from 19th century America to life. Each bar features a dimpled design feature on the obverse and reverse face, and a nugget shape that resembles bars of silver originally shipped out of southeastern Arizona. The bars all have a minimum purity of .999 fine silver, and are available in 5 Troy ounce, 10 Troy ounce, and 1 Kilogram (32.15 Troy ounce) weights.

The reverse of each Tombstone Silver Nugget Bar includes the Scottsdale Mint seal, a lion’s head with a crown, surrounded by the words “Made By Scottsdale Mint.” Additional engravings on this face read “.999 Fine Silver,” and the individual bar’s weight. All engravings on the obverse and reverse are hand-stamped into the bars for a traditional look.

Each Silver Stacker Round from the Scottsdale Mint features a minimum purity of .999 fine silver, and ships encapsulated in plastic or in mint tubes. The design features of the Silver Stacker Round are equally impressive as its physical features. Each of these rounds features opposing convex and concave designs for the obverse and reverse, respectively.

The mint’s lion-head logo is struck on the obverse with a high-relief, 3D finish that gives it the impression of leaping off the surface. Flip the round over and you’ll find the exact same logo struck in a concave, sunken position. This enables you to safely stack your Scottsdale Mint silver rounds because the obverse lion’s head logo fits perfectly inside the concave design of the reverse, locking the rounds together safely when stacked.

Innovation doesn’t stop there though. These rounds also have alternating radial lines on the obverse and reverse that feature a raised-sunken pattern. This allows your silver rounds to stack together and lock in place so they won’t rotate sideways when stacked. If that wasn’t enough, there’s one last trick up the Scottsdale Mint’s sleeve with this lineup.

Scottsdale Mint Silver Stacker Rounds might be available in three different weights, but you can stack all three weights together. This is possible because the diameter of all three rounds is the same, it is only the depth of each that differs. Due to this feature, you can stack a 5 Troy ounce round with a 100 Gram round, and they’ll fit because the convex and concave fields lineup perfectly.

On the obverse of each Silver Stacker Round you’ll find the 3D lion’s head image, with only the radial lines to serve as an additional design feature. The reverse features the sunken lion’s head design, radial lines, and engravings that include the round’s weight, “.999 Fine Silver,” and “Stacker Round” on one side, and the weight, “.999 Fine Silver,” and “Scottsdale Mint” on the other side.

Currently, Silver.com carries two foreign reserve coins struck for foreign governments by Scottsdale Mint. The first of these series is the 2015 1 oz Silver Congo Silverback Gorilla coin. Produced with the authority of the Republic of Congo, these silver coins feature .999 fine silver, a face value of 5,000 Francs (CFA) backed by the Congolese government, and a limited mintage of just 50,000 coins in total.

A more recent introduction from the Scottsdale Mint is a new sovereign coin for the island nation of Fiji. The 2015 1 oz Silver Fiji Iguana coin was the debut release in the series, and features the endemic species of the banded Fijian iguana. The series is scheduled to run on an annual basis, with a 2016 1 oz Silver Fiji Iguana soon to come on Silver.com.

On the obverse of each of these Fiji Iguana coins you’ll find the image of the banded iguana, along with engravings that identify the coin series, the year of issue, coin weight, purity, and metal content.

The reverse side of the 2016 1 oz Silver Fiji Iguana Coin bears the national crest of Fiji, along with engravings that read “Fiji,” “2016,” and “One Dollar.” Each coin consists of One Troy ounce of .999 fine silver and bears a face value of One Dollar that is considered legal tender in Fiji. The coins ship in Certi-Lock plastic packaging that includes a unique QR code you can scan with an accompanying smartphone app to verify the authenticity of your coin. Silver Fiji Iguana coins have a limited mintage of 75,000 coins, and multiples ship in tubes of 25.

The Scottsdale Mint is a private facility located in Scottsdale, Arizona, a suburb of Phoenix. While the mint is well known for its expanding portfolio of gold and silver products, it prides itself on the use of sustainable sourcing in the production of its silver products. A significant portion of the silver used in its production process is sourced as recycled material from the photography and manufacturing industries.

When you purchase Scottsdale Mint products on Silver.com, you’ll find a number of payment methods available to complete your transaction. We accept all major credit and debit cards, as well as paper checks, Pay Pal transfers, and bank wire transfers. Credit and debit cards have a maximum purchase of $5,000 and generally take one business day to process.

If you have any further questions about Scottsdale Mint Silver products, please don’t hesitate to ask Silver.com. Our associates are available on the phone at 888-989-7223, or you can connect with us online using our live web chat and email features.